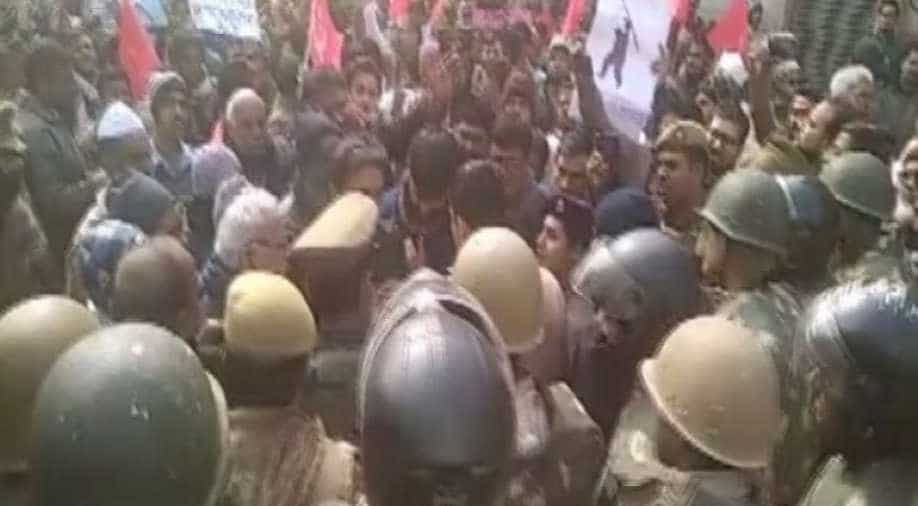 Sixty-nine people, who were held during a protest against the Citizenship Amendment Act in Varanasi on December 19, were on Wednesday granted bail by a local court here.

Among those who were granted bail were parents of a 14-month-old girl. The father and mother have been identified as Ravi Shekhar and Ekta Shekhar respectively.

This comes even as Uttar Pradesh Police have put up photographs of protesters who allegedly instigated violence during an agitation here.

Hundreds of people had staged a protest in Varanasi on December 19 over the new citizenship law. The protest had turned violent forcing the police to use force to disperse the crowd.