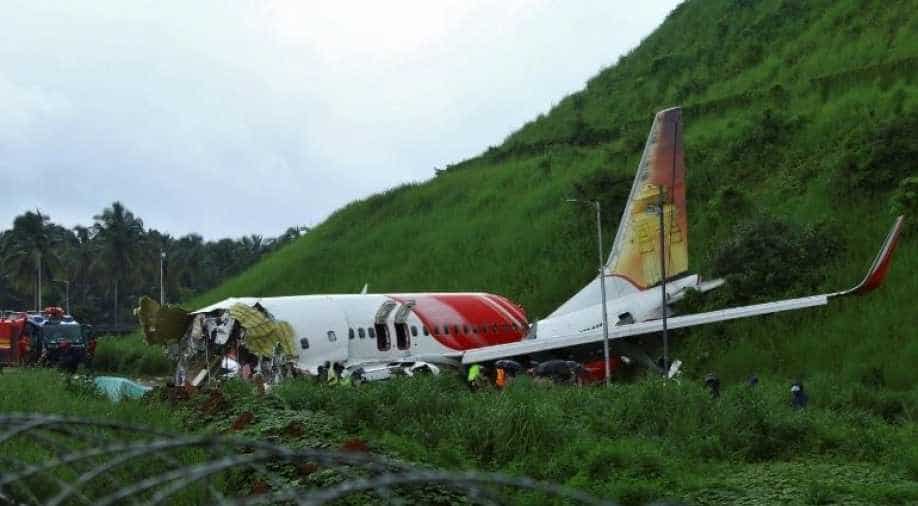 Officials inspect the site where a passenger plane crashed when it overshot the runway at the Calicut International Airport in Karipur, in the southern state of Kerala, India, August 8, 2020 Photograph:( Reuters )

Fifty-six passengers, who had suffered injuries in the Kozhikode plane crash, have been discharged from various hospitals after obtaining complete fitness, according to Air India Express.

Also read: At least 15 dead, including pilot in plane crash at Kerala airport

The black box of Air India Express flight was brought to Delhi on Sunday and has been kept at the Directorate General of Civil Aviation (DGCA) lab for examination.

Union Civil Aviation Minister Hardeep Singh Puri has said that findings of the investigation into the accident will be made public.