176 died in Bihar due to Acute Encephalitis this year, 872 cases reported 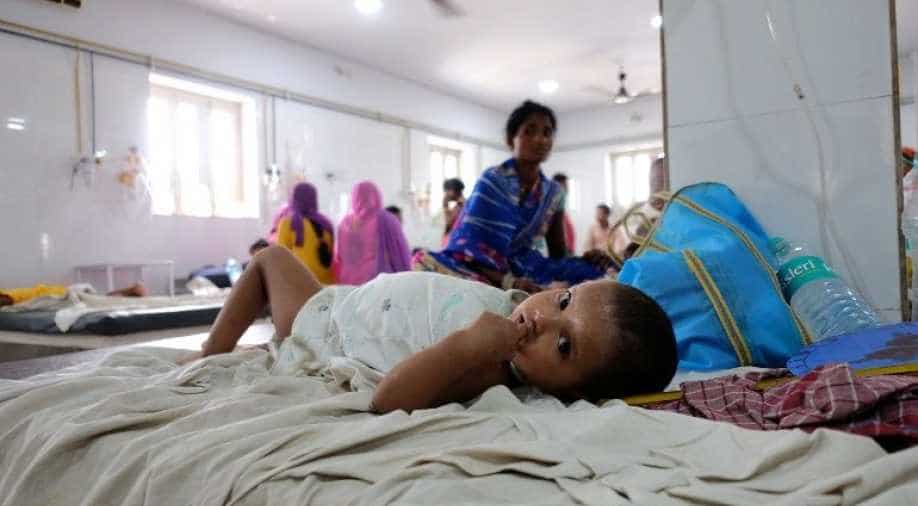 Ashwini Kumar Choubey stated that Japanese Encephalitis (JE) this year led to the death of one individual in Bihar whereas 16 cases of it were reported from the state.

MoS for Health and Family Welfare Ashwini Kumar Choubey on Friday informed the Lok Sabha that as many as 872 cases of Acute Encephalitis Syndrome (AES) were reported in Bihar in the year 2019.

The minister said that out of 872, 176 succumbed to the disease.

He also stated that Japanese Encephalitis (JE) this year led to the death of one individual in Bihar whereas 16 cases of it were reported from the state.

In a reply to an unstarred question raised by many parliamentarians on the issue of AES, the government further stated that officials from the Indian Council of Medical Research (ICMR) visited Muzaffarpur, Bihar for investigating the AES outbreak, in June 2019.

MoS Choubey also replied to a question on 'whether study carried out by Government on aspects of Acute Encephalitis Syndrome and Japanese Encephalitis' and asserted that limited numbers of serum and litchi samples were tested for methylene-cyclopropyl glycine (MCPG) toxin.

"At least half were found MCPG positive. Around 90 samples were tested for infectious agents at the Indian Council of Medical Research (ICMR) and non-ICMR Institutes. Few samples were found positive for dengue, chikungunya and Japanese Encephalitis, majority tested negative, indicates predominantly non-infectious aetiology."

During the reply, it was also stated that Union Ministry of Health and Family Welfare have taken measures to support the state in the containment of AES cases and had reviewed the situation with health minister of Bihar and also with officials from the ministry.

It has also deputed that a central team of experts consisting of public health specialist from various central government institutes to assist the state government in containment and management measures.

The government also informed that Central ministry had deputed five teams of doctors along with technicians from central government hospitals to SKMCH to support clinical management.