10 years after Jab We Met, Shahid Kapoor and Imtiaz Ali all set to team up for a new film 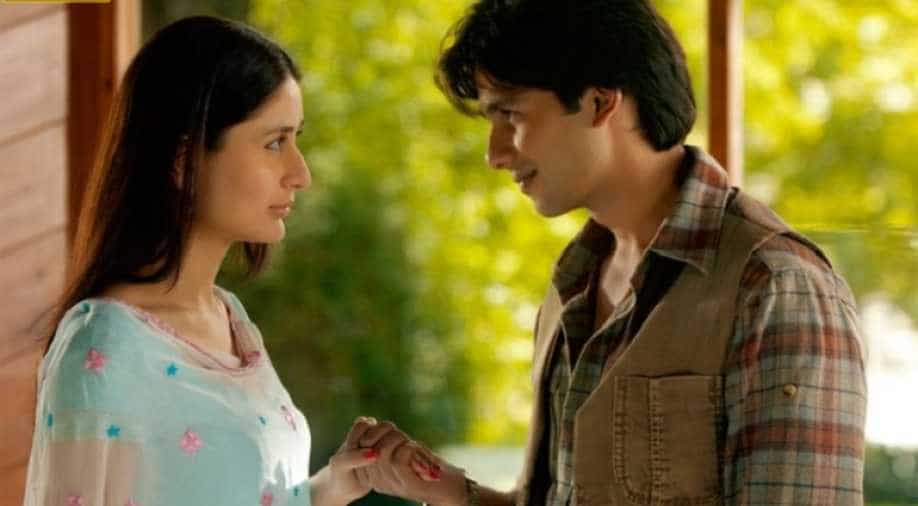 A still from Jab We Met, featuring Shahid Kapoor and Kareena Kapoor. Photograph:( Others )

10 years after Imitiaz Ali created the cult romance Jab We Met, the director is all set to recreate a similar magic with the film's leading man, Shahid Kapoor. According to a report in Mumbai Mirror, Kapoor and Ali, who last worked in Jab We Met, will soon start working on their new film.

The film is scheduled to go on floor early next year and at the moment the makers are looking for a leading lady. "The film kicks off in Mumbai in April and will be followed by an extensive shoot, both in India and abroad," a source told the daily.

The filmmaker had recently celebrated the 10th anniversary of the cult film with fans and shared anecdotes around the film. While Shahid has agreed to be a part of Imtiaz Ali's new film, it would be interesting to see whether Kareena agrees as well. Considering the actors broke up while working on Jab We Met and since then never shared screen space together, chances of Kareena saying yes to Imtiaz's project looks slim.