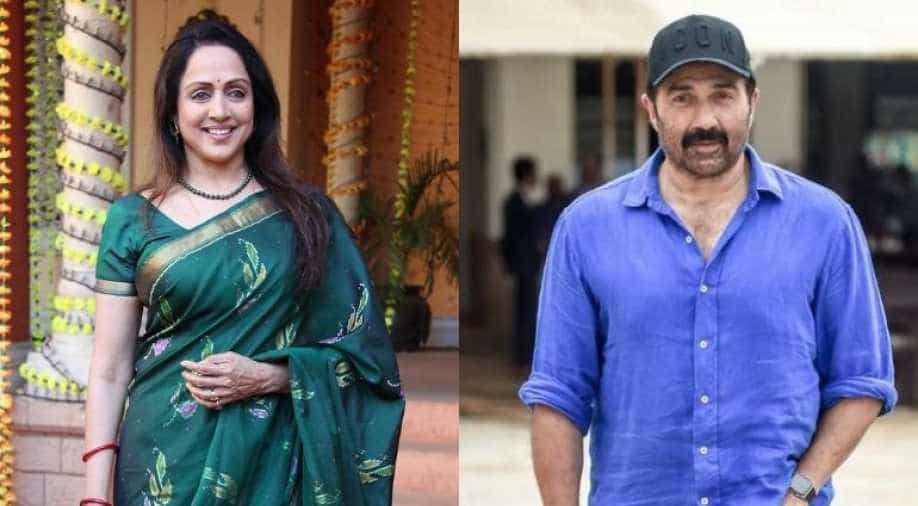 Known for their films, actors Hema Malini and Sunny Deol also seem to have got people's consensus in politics.

Known for their films, actors Hema Malini and Sunny Deol also seem to have got people's consensus in politics. Hema Malini, who is the incumbent candidate from Mathura has been leading with 130754 votes so far. Kunwar Narendra Singh of Rashtriya Lok Dal is trailing 64961 votes. The Congress has fielded Mahesh Pathak, an industrialist who contested from Mathura in 1998 and lost. The actress has been leading from the morning itself.

Mathura, one of the 80 seats in UP, voted in the second phase of national elections.

Hema Malini, whose election campaign got a boost when her actor-husband Dharmendra campaigned for her, insisted that she herself had done a lot of work in the past five years.

Meanwhile, Dharmendra's son Sunny Deol, who makes his debut in politics this election season is contesting on a BJP ticket from Gurdaspur, Punjab. Trends in the afternoon indicated Deol was leading with over 2.5 lakh votes. Congress candidate Sunil Jakhar is close behind with 2 lakh votes as of now.