As it happened: Seventh phase polling of Lok Sabha elections 2019 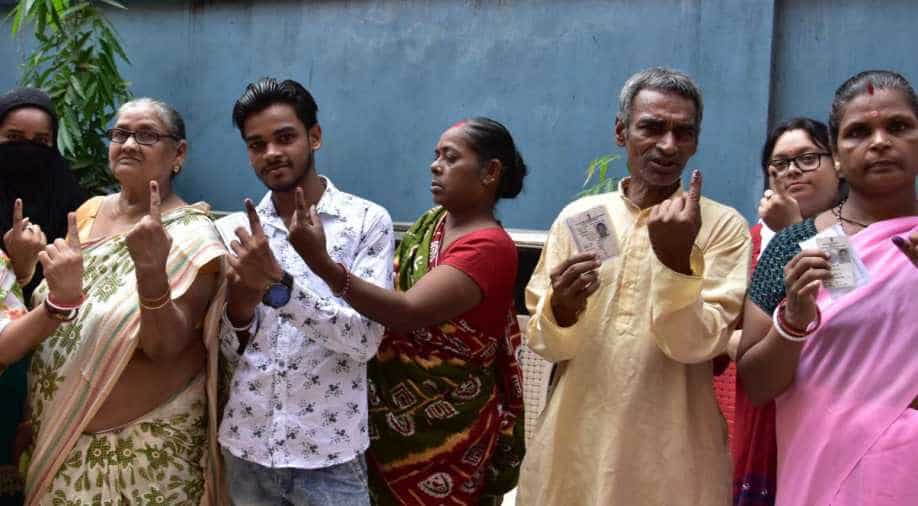 Voters show ink-marked finger after casting their vote in a polling booth on the final phase Lok Sabha election in Kolkata on Sunday. Photograph: ANI

Election Commission: Polling has concluded in 542 parliamentary constituencies across states and union territories.

BJP writes to Chief Electoral Officer West Bengal, alleging violent incidents in 9 parliamentary constituencies of the state. Letter states, "We have filed 417 complaints to ECI, out of which 227 were resolved, a whooping number of 190 complaints are unresolved".

He was welcomed by officials with traditional folk music. He had cast the first vote in the 1951 general elections. Himachal Pradesh

#WATCH: 102-yr old Shyam Saran Negi, 1st voter of Independent India, cast his vote for #LokSabhaElections2019 in Kalpa, Kinnaur earlier today. He was welcomed by officials with traditional folk music. He had cast the first vote in the 1951 general elections. #HimachalPradesh pic.twitter.com/IgaghNgykr

West Bengal Chief Minister Mamata Banerjee after casting her vote for Lok Sabha Elections 2019 at a polling station in Kolkata. 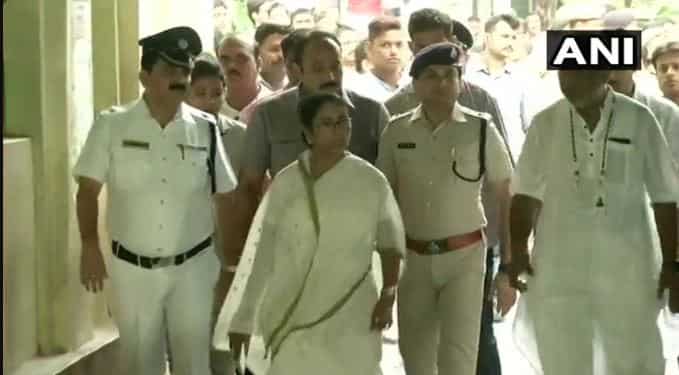 Spurts of violence in Uttar Pradesh

A report from Chandauli said the fingers of Dalits had been inked before they could actually cast their vote in Tara Jivanpur village under Alinagar police station.

Police official on polling duty allegedly attacked for stopping bogus voting at polling booth 49 in Arrah. ADM says, "We received info of stone pelting but there has been no disturbance in voting, some people might have tried to create trouble, they've been chased out". 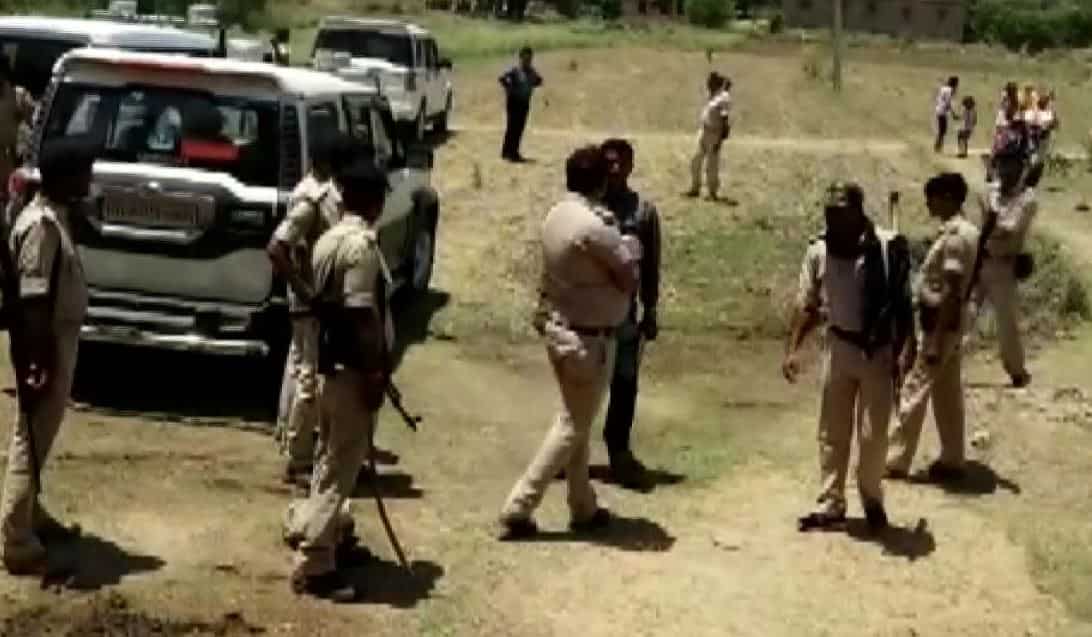 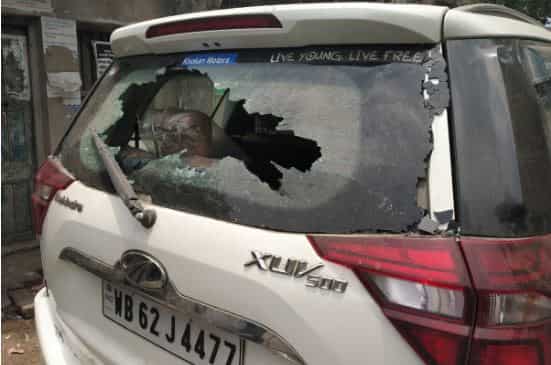 The Trinamool Congress Sunday alleged that the central forces were "brutally torturing" and "intimidating" voters in West Bengal and acting as per orders of BJP leaders.

Patna, Bihar: Polling was stopped at booth number 101 & 102 in Sarkuna village of Paliganj after a clash broke out between two groups.

Conjoined sisters Saba and Farah cast their votes as separate individuals with independent voting rights for the first time. 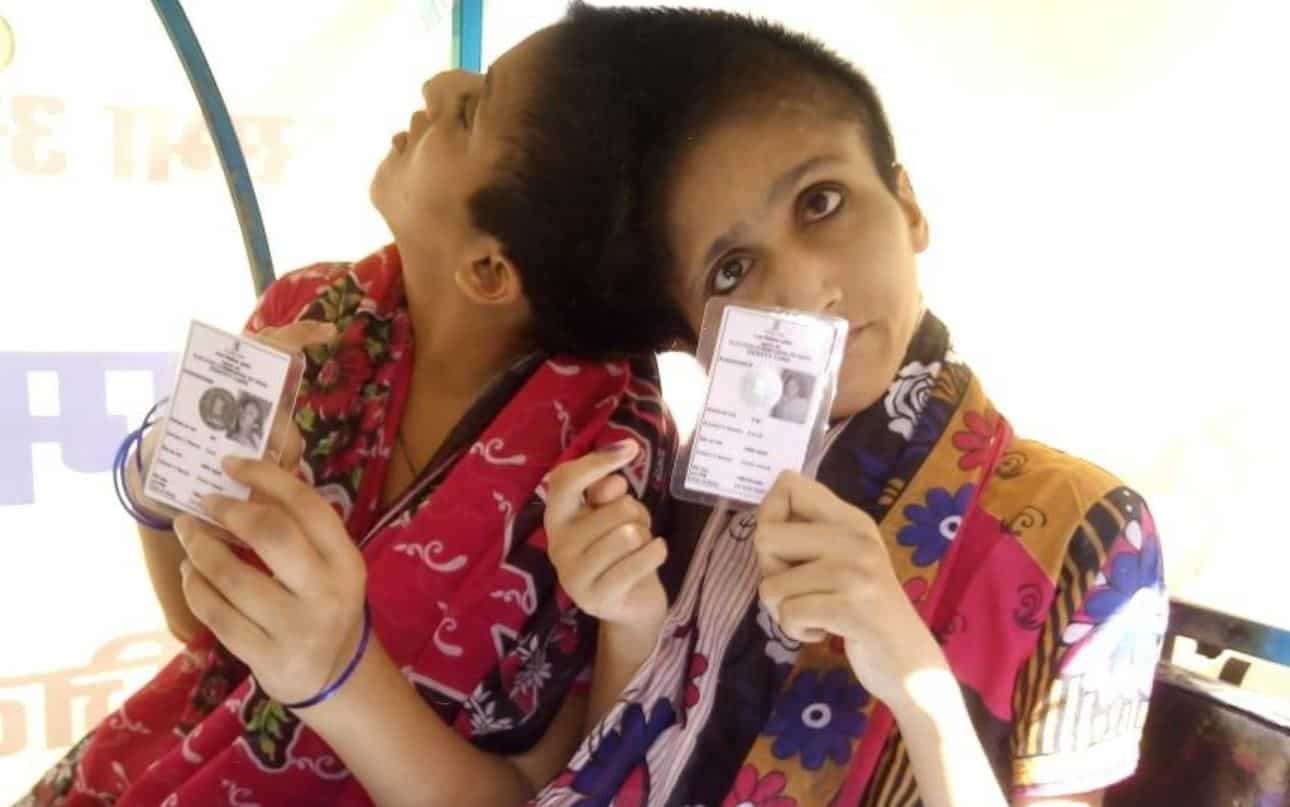 Shouting "no road, no vote", a group of villagers in Bihar`s Nalanda district on Sunday boycotted polling and smashed an electronic voting machine (EVM).

They also damaged the vehicle of a block development officer (BDO).

Meanwhile, a scuffle ensued between two groups after someone went ahead and cast his ballot at booth number 299 in Chandora village of Rajgir block of Nalanda district. Security personnel posted at the polling station were also chased away by the group of protesting villagers

Speaking to media Lalu Prasad Yadav’s elder son said, “My bouncers have not done anything. I was leaving after casting my vote when a photographer hit the windscreen of my car. I have filed an FIR in the incident. A conspiracy is being hatched to kill me.” 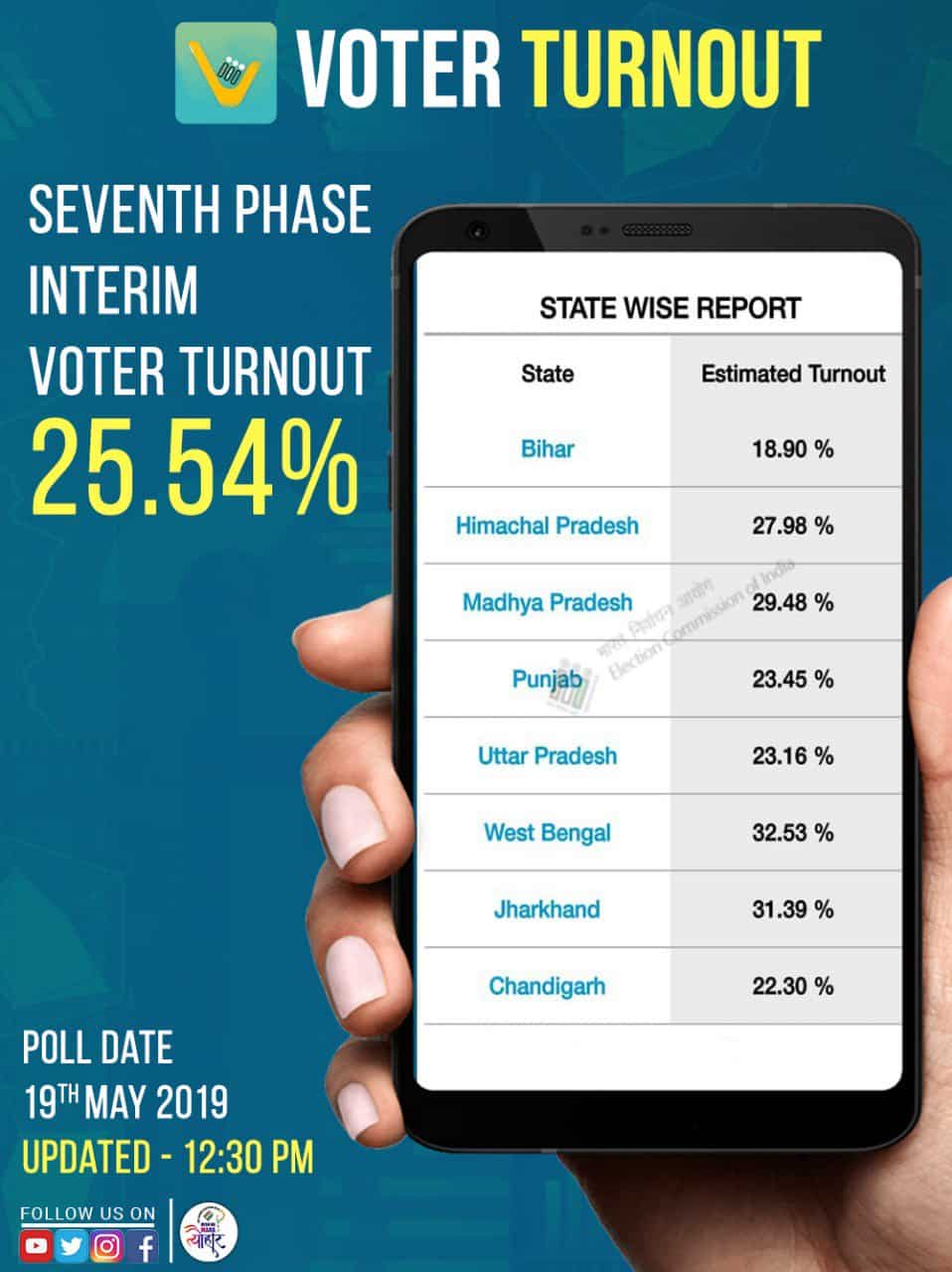 BJP MP candidate Anupam Hazra in Jadavpur: TMC goons have beaten up a BJP mandal president, a driver&attacked a car. We also rescued our 3 polling agents.TMC goons were going to carry out rigging at 52 booths. People are eager to vote for BJP but they are not allowing ppl to vote pic.twitter.com/7qlRPg73HA

103yr old Sh Negii from #HimanchalPradesh is arguably India's first voter, who has voted in all the national elections since 1951 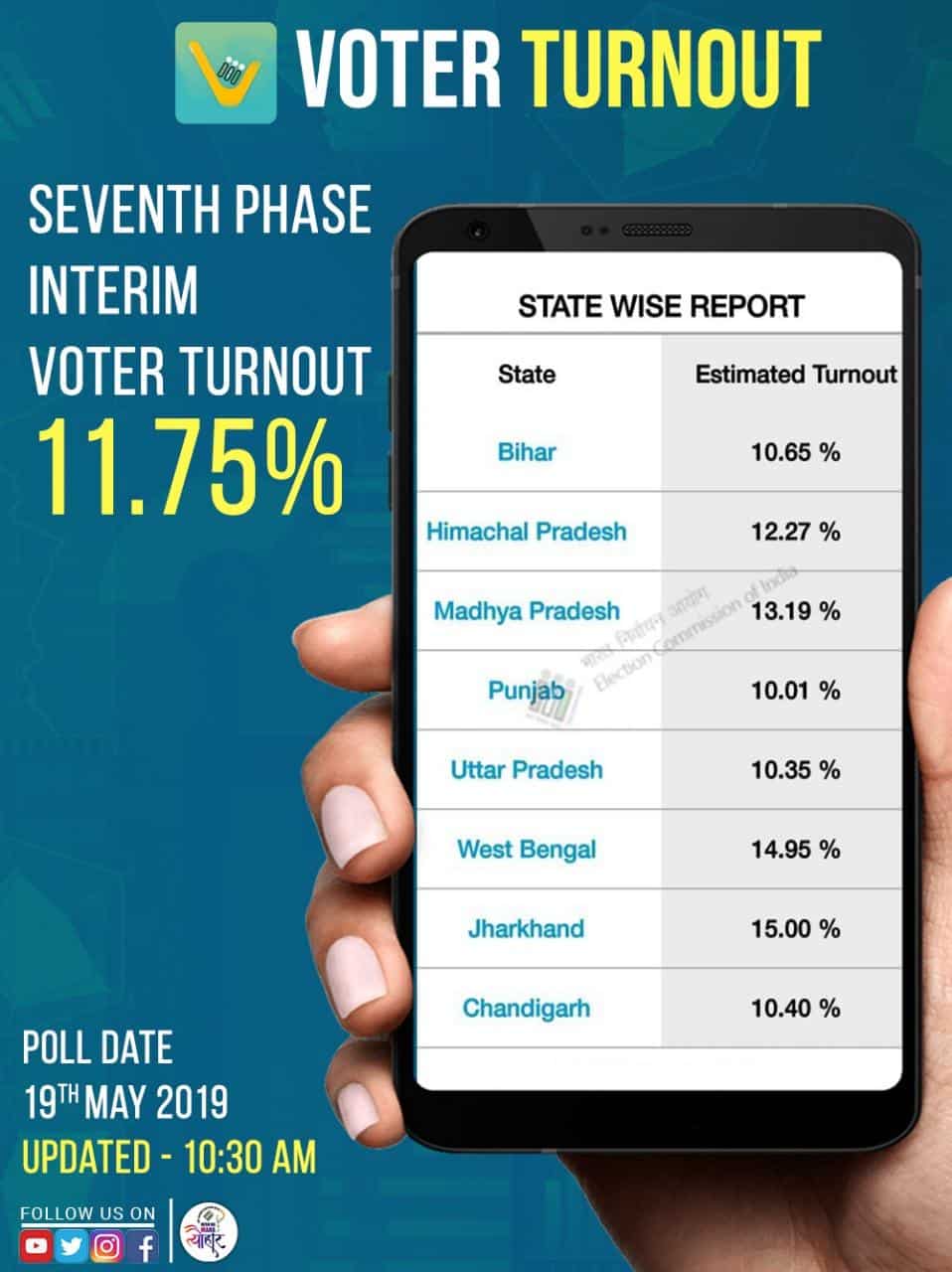 "Last night, I was getting calls from my workers from different booths that they have been threatened by TMC's 'jihadi' brigade that if you sit as booth agents for BJP, you'll be murdered," says BJP's CK Bose. 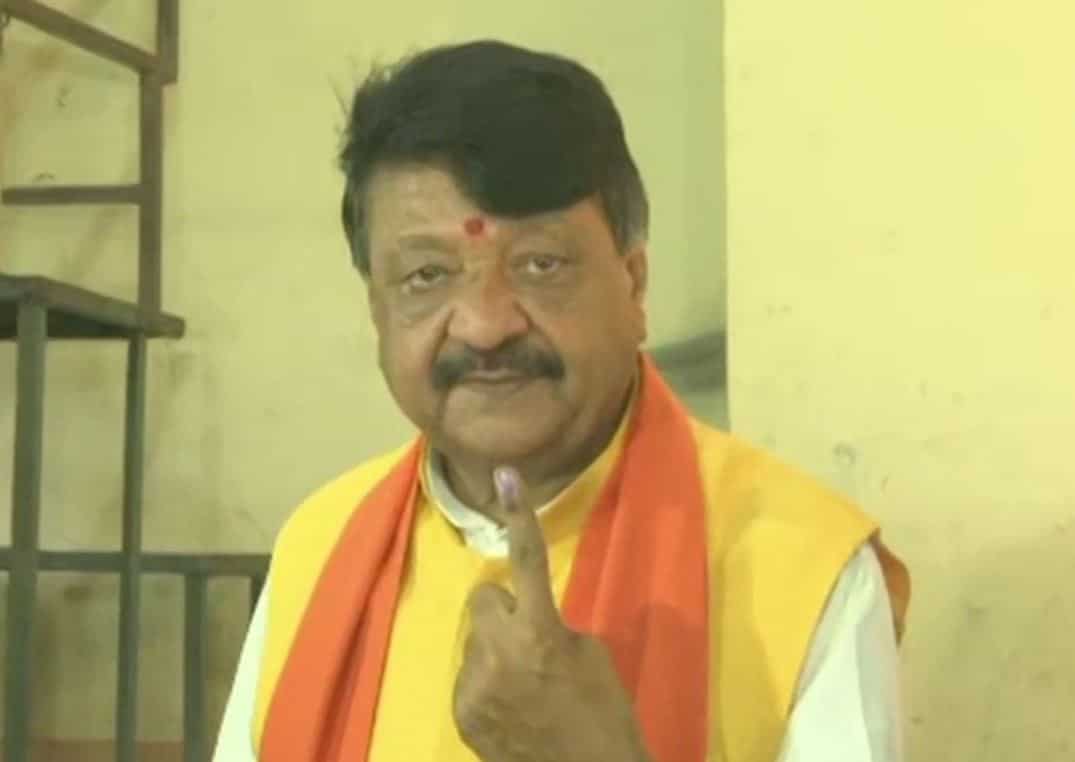 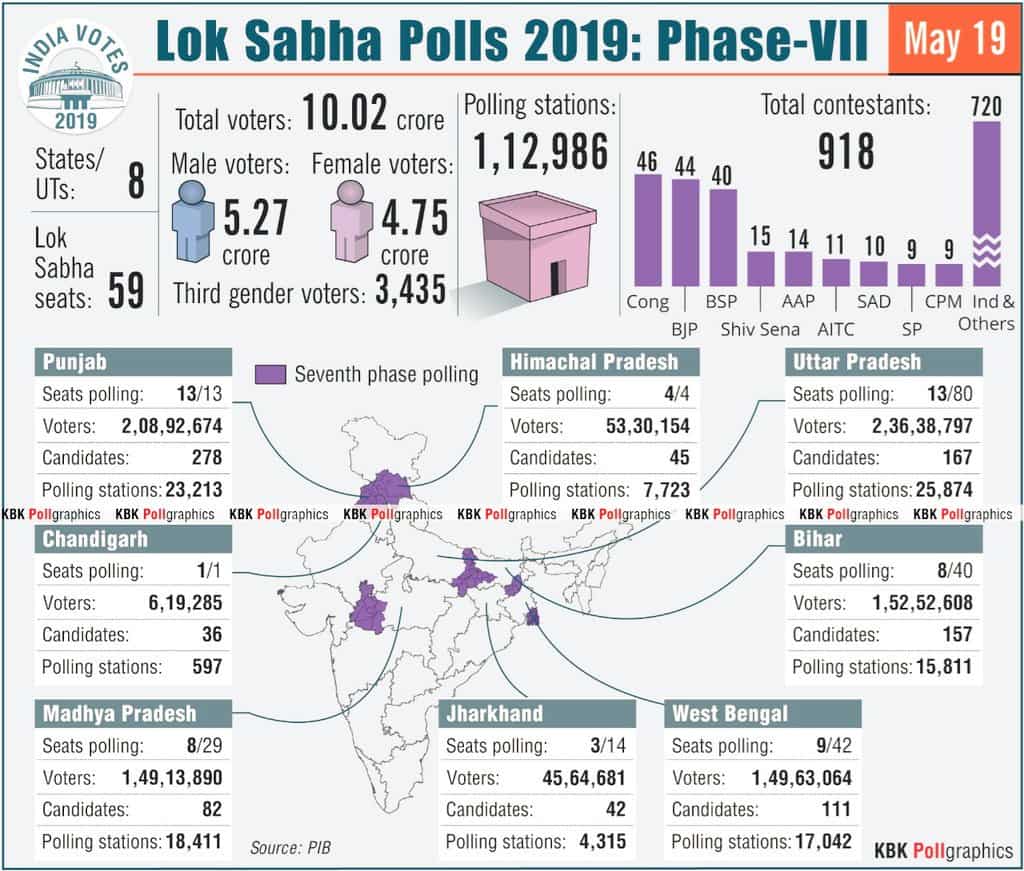 Today is the final phase of the 2019 Lok Sabha elections. I urge all those voting in this phase to vote in record numbers. Your one vote will shape India’s development trajectory in the years to come. I also hope first time voters vote enthusiastically.

Cricketer Harbhajan Singh waits in queue to cast his vote at a polling booth in Jalandhar's Garhi village. (ANI Photo) 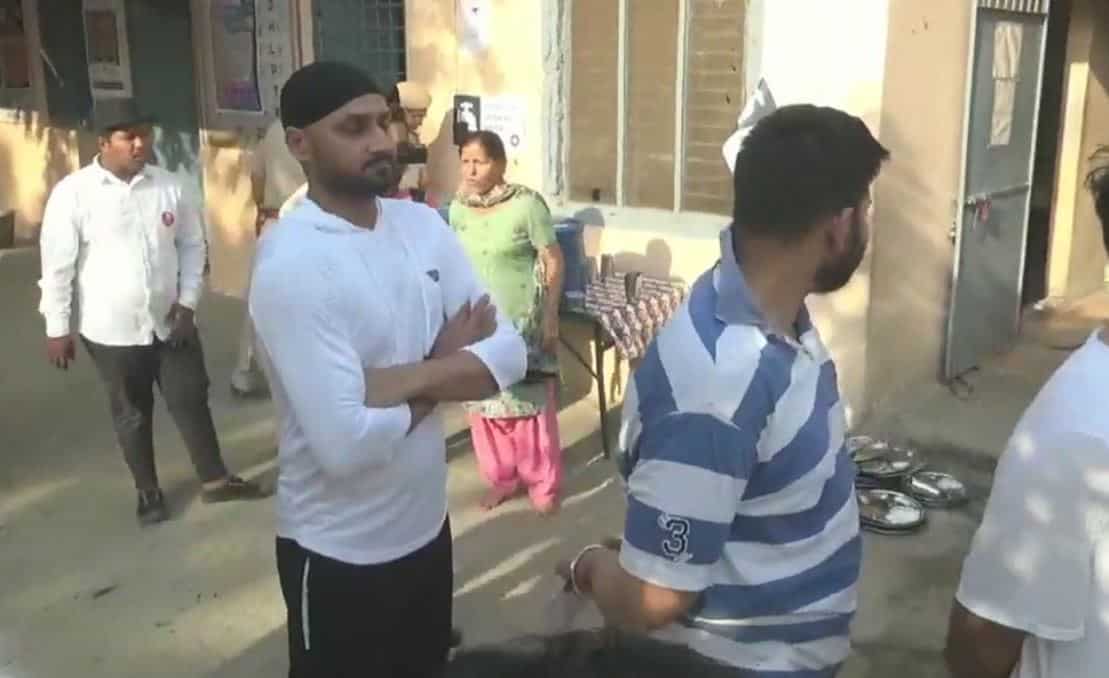 "Elections should not be held over such a long duration, there was a long gap between each phase of voting. I will write to leaders of all parties to build a consensus on this," said Nitish Kumar. 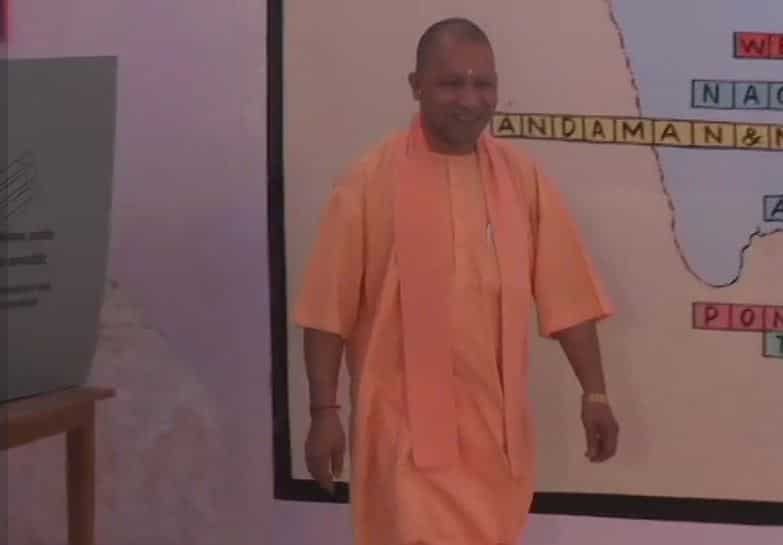 Main factors and issues: Modi is banking on his development agenda, not only in Varanasi but across the country, as also on his image as a strong leader. The BJP left no stone unturned to ensure a big victory for him, something which Modi had achieved in 2014 when he defeated Arvind Kejriwal of the Aam Aadmi Party (AAP) by over 3.7 lakh votes.

These 59 constituencies will vote from 7 am to 6 pm in most states except in Jharkhand and parts of Bihar and Uttar Pradesh, where voting will end early at 4 pm.

All votes polled in the 2019 Lok Sabha Election will be counted on 23 May.

All parliamentary constituencies in Himachal Pradesh and Punjab, along with the Union Territory of Chandigarh, will vote in the final phase of the polls.

In Bihar, Jharkhand, Madhya Pradesh, Uttar Pradesh and West Bengal, voting will take place in a few Lok Sabha constituencies. The Varanasi Lok Sabha seat, from where Prime Minister Narendra Modi is seeking to be re-elected, is one of the key seats that will vote in Phase 7. 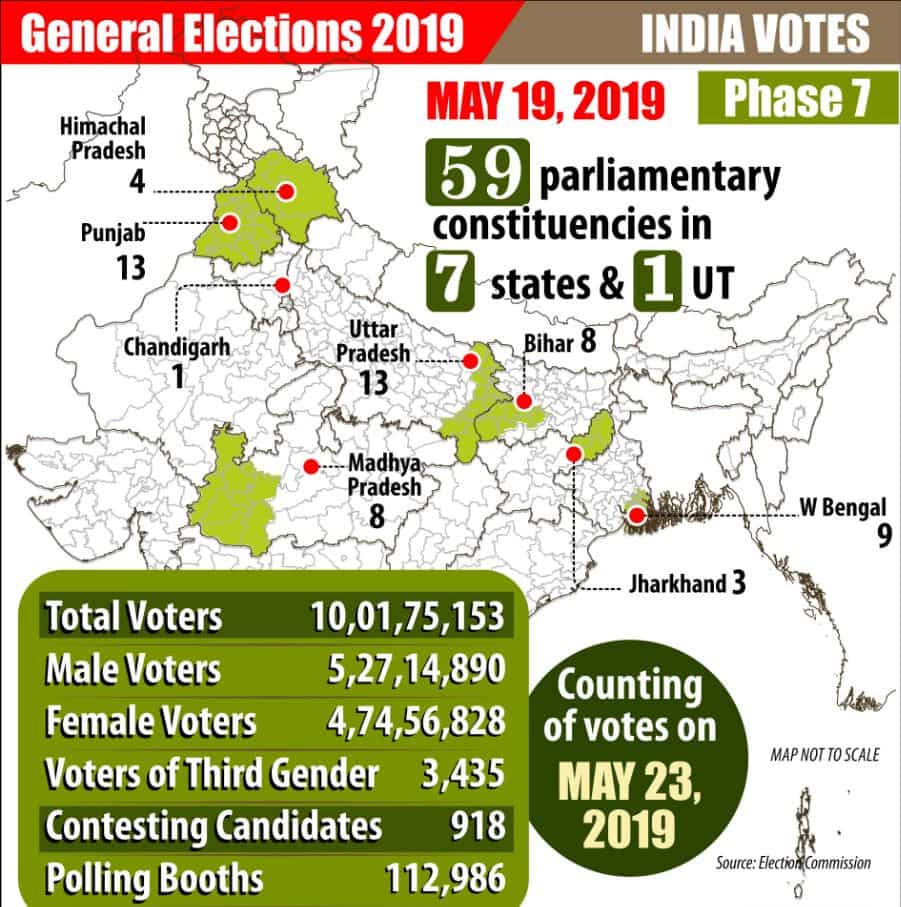 Over 10.17 crore voters across seven states and one Union Territory will decide the fate of 918 candidates. 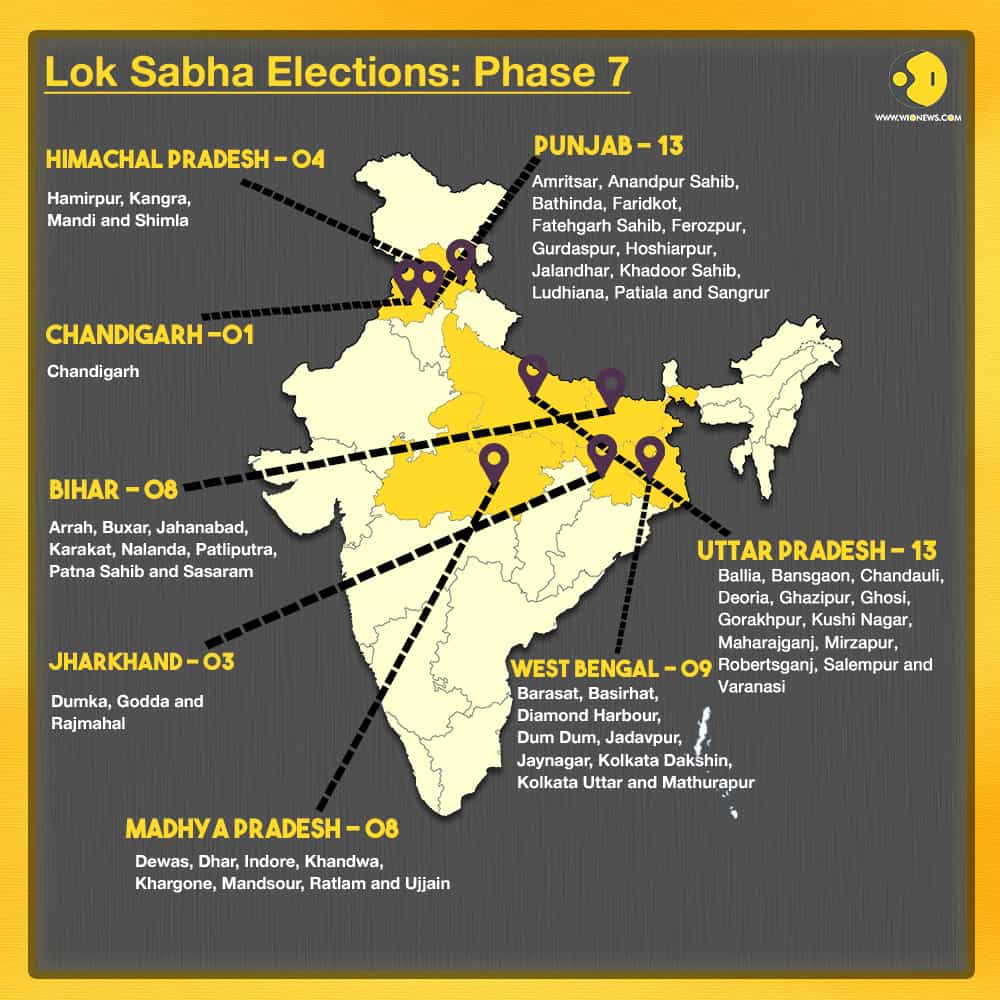 The fate of Prime Minister Narendra Modi along with 917 other candidates will be decided today, the last phase of seven-phased Lok Sabha polls.

According to Election Commission of India (ECI), over 10.01 lakh voters will decide the fate of 918 candidates. The counting of votes will take place on May 23.