Opinion: Messi conundrum and the burden of carrying the expectations of 40 million Argentinians 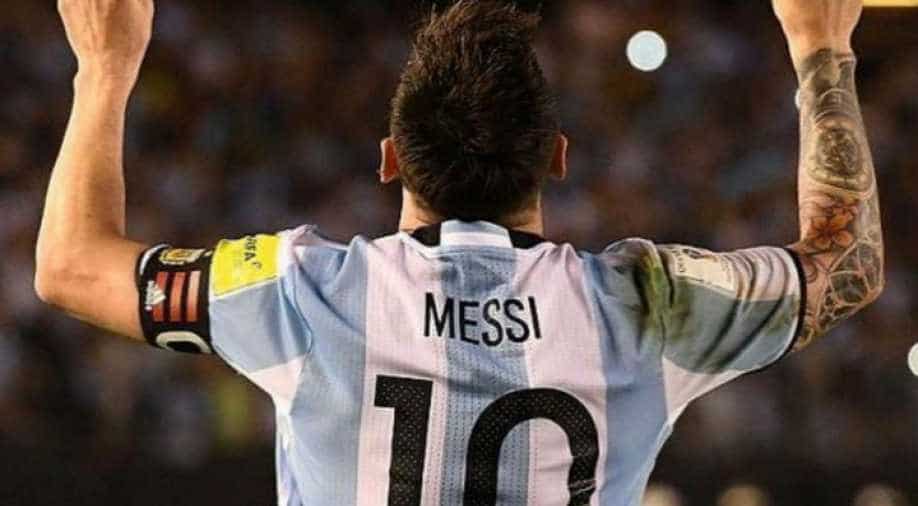 It’s ludicrous, of course, that one player should be under such pressure, that everything should be about him, particularly when it was his display in Ecuador that got Argentina to Russia, particularly in a nation with such a proud football history as Argentina, with so many other great talents in their squad.

Another World Cup. Another war cry from Argentine fans to bring home the cup. Every time when the World Cup gets underway, the expectations from Messi to deliver the cup for his country reaches fever pitch.

Last time Argentina won the World Cup was in 1986. Though in 2014, Argentina came close to bring home the cup but was defeated by Germany 1–0 in extra time, with the only goal of the match being scored by Mario Götze.

Argentina followed 2014 up by reaching two Copa América finals, but lost both to Chile, on penalties.

Lionel Messi had announced his retirement from the international career after he missed his spot-kick in the decisive shootout against Chile in 2016 Copa América Centenario.

A dejected Messi was reviled after he lost the Copa America to Chile so much so he said bid adieu to his international career.

However, Maradona, captain of his country in their second World Cup triumph in 1986, was among many leading personalities to speak out in support of Messi and beseeched to carry on the legacy of Argentina.

Messi, a multiple trophy winner with Barcelona, has been part of four final defeats with the national team, three in the Copa América and at the 2014 World Cup in Brazil.

Since the great Maronada delivered the World Cup for Argentina, the comparison between him and Messi has been snowballing. Media efforts to Maradonise him, has put Messi under enormous pressure whenever he wears the sky-blue and white Argentina shirt. Single-handedly taking on a country’s unrealistic expectations isn’t as simple as it looks.

It’s ludicrous, of course, that one player should be under such pressure, that everything should be about him, particularly when it was his display in Ecuador that got Argentina to Russia, particularly in a nation with such a proud football history as Argentina, with so many other great talents in their squad.

Paulo Dybala, Messi's Argentine teammate, hit upon the truth in an interview earlier in the year: Messi is simply too good. Dybala said he found him almost impossible to play with because the temptation is always simply to give him the ball. At club levels players adapt at the national level, where there is less time and a greater range of talent in the squad, it is far more difficult. Everything goes through him and that makes Argentina predictable and susceptible to being frustrated by sides that pack the centre.

How come he delivers so much for Barcelona and so little for Argentina? Is it Andrés Iniesta? He doesn’t sing the national anthem was one of the criticisms. And he never played in his own country’s first division.

The Messi conundrum is simply unfathomable. Though he has been often accused of not playing with the same dedication as he does for his club Barcelona, expectations never waned.

single-handedly taking on a country’s unrealistic expectations isn’t as simple as it looks. The Argentinean coach has denied that this is not the Messi's last world cup but if Messi doesn’t lift the trophy at the Luzhniki Stadium on July 15 it will mean nothing. But, if he can emulate what Maradona did in 1986, he too will become a god. Heaven or hell there is no middle ground.