France home and dry after goalless draw with Switzerland 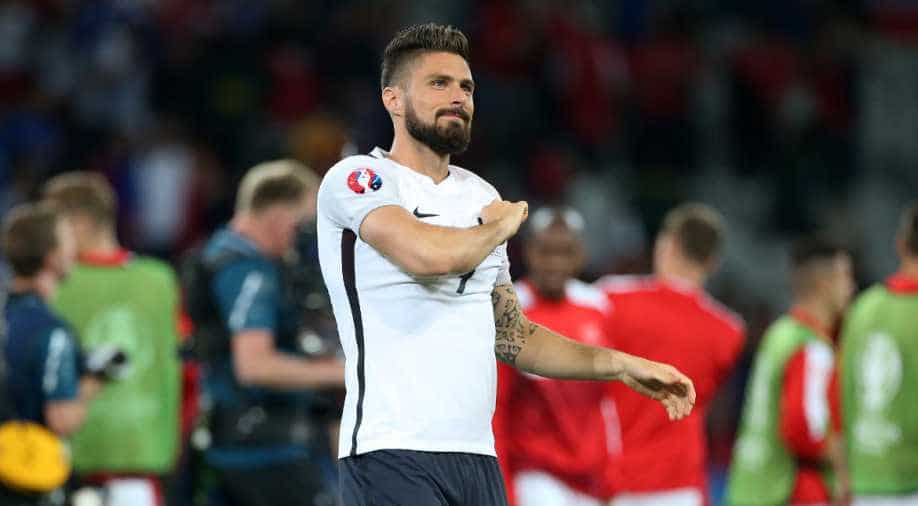 Olivier Giroud of France celebrates the tie following the UEFA Euro 2016 Group A match between Switzerland and France. Photograph:( Getty )

Follow Us
France ended the group stage of Euro 2016 in the position they wanted but their coach still seems to be looking for the right formula to bring the best out of a team with high expectations.

Didier Deschamps has been tinkering with the team formula since the start of the tournament, making five changes for Sunday's goalless draw with Switzerland that allowed the host nation to win their group.

France, who have plenty of talent up front, showed potential in the second half against Albania and in the first against Switzerland but they are yet to produce a full-match performance suggesting they could trouble the big guns.

All they have done so far is win one of the weakest groups in the tournament and it remains to be seen how their back four, arguably their weakest point, will hold against more dangerous opponents.

An astute tactician, Deschamps surprised many observers when he left midfielder Paul Pogba and striker Antoine Griezmann, regarded as France's most dangerous weapons, on the bench for the opening half against Albania.

With his side struggling in a 4-2-3-1 formation, the coach reacted swiftly by sending on Pogba, and then Griezmann and reverting to a 4-3-3 system that eventually wore down Albania's defence.

There was another surprise on Sunday when Dimitri Payet, who was instrumental in France's first two wins with a great goal in each, started on the bench, leaving his spot in the starting 11 to Kingsley Coman.

Deschamps will have been pleased with a few things he saw against Switzerland, notably the fact that Pogba, who was all over the pitch in the first half, showed his class at last after subdued displays in his first two outings.

With Pogba in that form and more of the same from Payet, France, will now almost certainly keep relying on a 4-3-3 formation which is working much better for them, and could step up a gear in the knockout stages.

The pair of Laurent Koscielny and Adil Rami now looking safer after showing signs of nerves in warm-up games and against Romania, the defence is less of a worry for Deschamps, even if left back Patrice Evra is looking his age and might be targeted by opponents to come.

Deschamps, who captained France to victory at the 1998 World Cup and at the European Championship two years later, has a reputation for changing everything he touches into gold.

He's not quite at that level yet at this tournament but there are a few signs suggesting he is moving in the right direction.