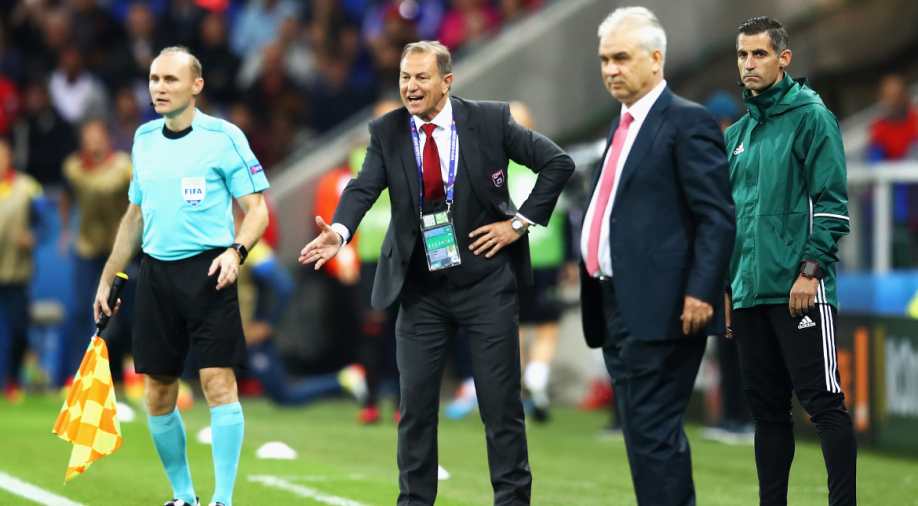 Follow Us
Albania's first win at Euro 2016 against Romania on Sunday was the ultimate display of coach Gianni De Biasi's one-for-all and all-for-one mentality.

The small Balkan nation's 1-0 victory, which gave them their first three points, meant they still have a chance to reach the knockout phase as the third-placed team behind France and Switzerland.

The encounter was never going to be a goal fest, both teams having qualified thanks to their tight defences.

In his four years as coach, Italian De Biasi has tried various players to find the perfect combination and it seems he found it on Sunday.

He left captain Lorik Cana on the bench despite his comeback from suspension following a red card in their opener. The Italian also brought in Migjen Basha for a packed five-man midfield.

A hard-working 4-5-1 formation soaked up early Romanian pressure before gradually wrenching control as their opponents quickly ran out of ideas.

The outstanding Ledian Memushaj was crucial in keeping the Romanian defence occupied while Armando Sadiku's header just before halftime was all the motivation the Albanians needed as the door for a last-16 spot cracked open.

Desperately fighting off a late Romanian charge, De Biasi's players showed the determination that helped them qualify for their first tournament with man-of-the-match centre back Arlind Ajeti leading their defence.

They were left with cramps but aware it was their team work that carried them to their first victory. Albania finally finds itself out of football obscurity with this first win against Romania in 68 years.

It could not be more different for Romania coach Angel Iordanescu, whose 100th game on their bench as coach or assistant coach marked a quick end to their Euro hopes with yet another performance lacking guile and creativity.

They may have scored less than Romania during the tournament, but their focus on defence proved decisive on Sunday as Iordanescu's men could not find the equaliser that would have given a slim chance to progress.