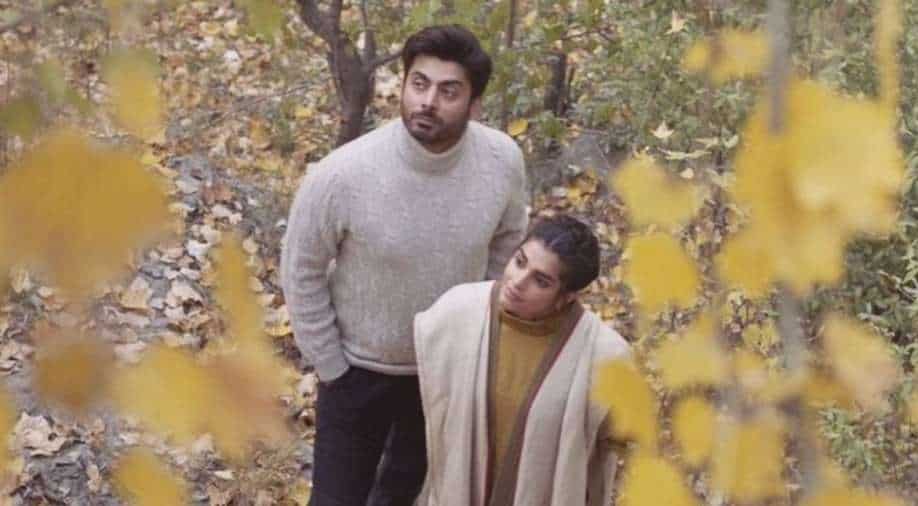 The lead pair of popular Pakistani show 'Zindagi Gulzar Hai' - Fawad Khan and Sanam Saeed are reuniting once again for a show after 8 long years.

This is not a drill! The lead pair of popular Pakistani show 'Zindagi Gulzar Hai' - Fawad Khan and Sanam Saeed are reuniting once again for a show after 8 long years.

Sanam Saeed and Fawad Khan will be sharing the screen space for a new web show which will stream on ZEE5.
The yet-to-be-titled series is helmed by critically acclaimed director Asim Abbasi, who also helmed Zindagi's first original 'Churails'.

As per the official statement released by the OTT platform, the show blends together magical realism and supernatural fantasy within a family reunion setting and deals with themes of love, loss and reconciliation.

In the series, Fawad will be seen playing the role of a single parent - charming but ridden with guilt for what he has lost. With his son, he tries to be every bit the father his own father was and wasn't. Sanam plays the central female character in the show.

Excited about the project, Fawad, who is also known for his Bollywood films such as 'Kapoor & Sons', and 'Ae Dil Hai Mushkil', said, "I think Zindagi is taking bold and brave decisions when it comes to storytelling. It`s naturally evolving into a platform that encourages diversity of opinion and inclusiveness for all filmmakers and material ranging from everyday mainstream to avant-garde and noir. I feel there`s a place for everyone in this artistic landscape."

Sanam has also expressed her excitement about the series."I am thrilled to be collaborating with one of my favourite directors Asim Abbasi again, this time for Zindagi. This new project embarks on a fantastical journey with some stunning performances by a very meticulously picked cast. I can`t wait for everyone to see the magic that`s been created in this beautiful limbo land," Sanam said.

In 2012, Sanam and Fawad played Kashav and Haroon in 'Zindagi Gulzar Hai'- a romantic drama that revolved around two individuals from different backgrounds falling in love and marrying each other despite class differences.

The show received a massive response in the subcontinent and remains popular till date.

After learning about the actors' reunion, fans became extremely happy."The best news I have heard today," a fan commented on Instagram.

"Can't wait to see them together," another one wrote.

The series has gone on floors, with a large part of it being shot in the picturesque Hunza Valley, Pakistan.