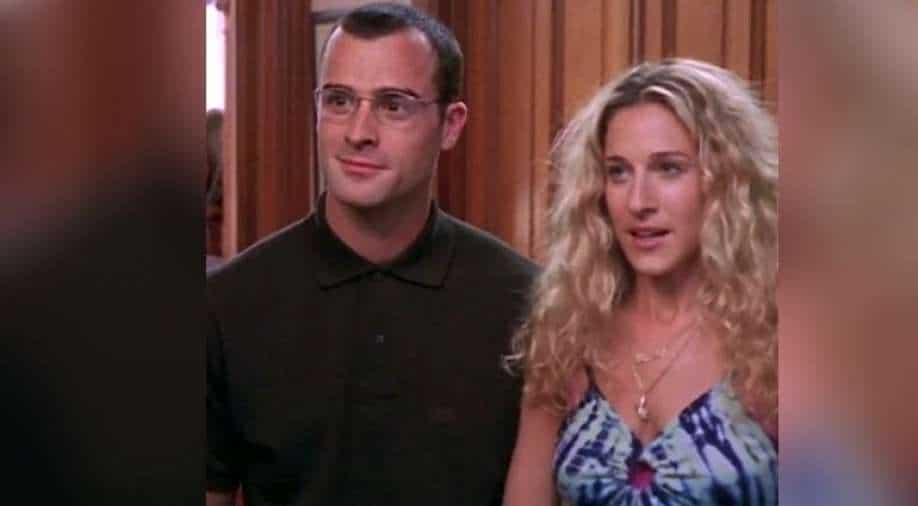 Justin Theroux and Sarah Jessica Parker in a still from 'Sex and the City' Photograph:( Twitter )

Some fans have wonder whether Justin Theroux would return for the upcoming series. The star weighed in on whether he would join the reboot after guest-starring on the original show twice.

There is a lot of hype around the reboot of 'Sex and The City' which will be streaming on HBO Max. While its known that the show will have three of its original leading ladies back,not much is known about the rest of the cast.

Some fans have wonder whether Justin Theroux would return for the upcoming series. The star weighed in on whether he would join the reboot after guest-starring on the original show twice.

When questioned about starring in the revival, the 49-year-old actor joked about not yet receiving correspondence from the lead Sarah Jessica Parker."Let me check my email or see if anyone called. I still have no email from Sarah Jessica," he told E! News on Thursday.

Theroux is not a part of the star cast currently, but he revealed that he would gladly act alongside Parker once again if the opportunity arose.

He said, "Yeah, of course. I would love to. If they wanted to have me, I`d do Sex and the City again."

The actor, interestingly, played two different men when he appeared on the HBO show first in 1998 and 1999.

During season one`s `The Monogamists` he was an acquaintance of Carrie`s (Parker) friend Stanford (Willie Garson) named Jared. In the second season`s `Shortcomings` episode, Theroux showed up as Vaughn Wysel, a short-story writer who Carrie briefly dates.

Carrie calls things off with Vaughn after she realises that she is more in love with his family than she is with him.

The actor joked about how he was able to score two cameos on the hit series, calling the show a "rite of passage" for New York-based actors.

Theroux said, "The joke is that show -- because it was such a wild success and those girls dated around so much -- [was] that they basically went through every actor in New York City. So, it just, sort of, the pinwheel came back and the arrow pointed at me, and I was, like, `I guess I gotta do another one.`"

Theroux pointed to `Shortcomings` as the favourite of his appearances, due to the fact that he got to act alongside two highly-accomplished actors."I got to work with the beautiful and hilarious Valerie Harper, who I love, and of course Sarah Jessica, who`s such a shiny penny and so much fun to work with, so great. Also, those writers on that show were hilarious," he said.

'Sex and the City' ran for six seasons on HBO from 1998 to 2004 and led to two spinoff films in 2008 and 2010. Parker starred alongside Kim Cattrall (Samantha Jones), Cynthia Nixon (Miranda Hobbes) and Kristin Davis (Charlotte York) in the series and subsequent movies. It was announced in January that a revival series, titled `And Just Like That`, is in the works at HBO Max.

Cattrall, who has a complicated history with Parker, is the only original star who has chosen not to return for the reboot.

The following month, Page Six reported that Carrie`s love interest and eventual husband, Mr Big, played by actor Chris Noth, would not be returning for the new series.
`The Law and Order` alum addressed the casting speculation in February. "Everything changes -- including announcements in the rags," he wrote via Instagram, hinting that he may come back in some capacity.

David Eigenberg, who played Miranda`s husband, Steve Brady, exclusively told Us Weekly earlier this month that he is still toying with a possible cameo."I really love that show," the 56-year-old actor said on Tuesday.

"I think it`s really interesting that they`ve brought it back," he added.