'We only work with stars, can't work with you': Karan Johar's office had told Ayushmann Khurrana in his early days in Bollywood 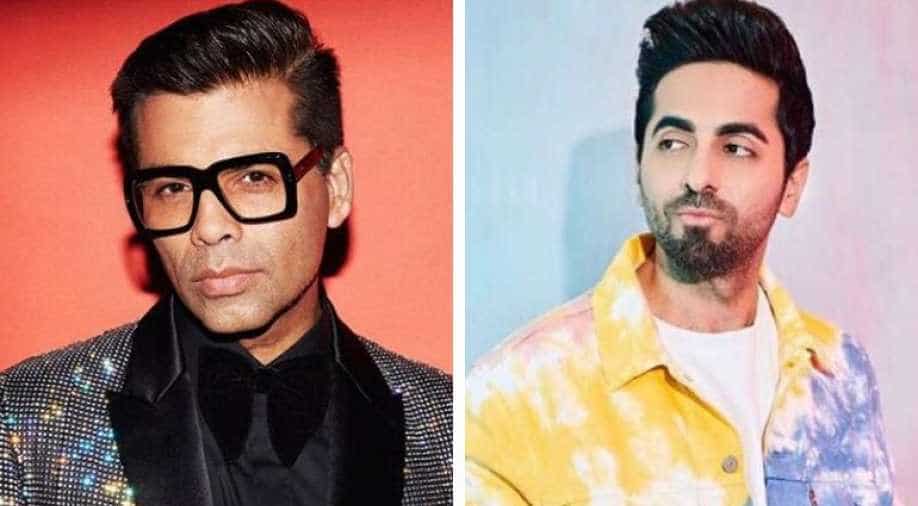 Amid controversy around Sushant Singh Rajput's death, an old quote of Ayushmann Khurrana has resurfaced where the actor had recalled his first encounter of meeting Karan Johar.

Bollywood actor Sushant Singh Rajput's death has sparked the nepotism debate once again with most blaming Bollywood bigwigs of giving preferential treatment to star-kids over talented outsiders like Rajput.

Several old videos and interviews supporting both sides of the debate are making the rounds of the internet.

One such quote of Ayushmann Khurrana is doing the rounds of the internet. Khurrana, like Rajput, belongs to a family with no connections to Bollywood. The actor had in his book 'Cracking the Code: My Journey in Bollywood' had recalled his days of struggle in Bollywood.  A photo from one of the pages of his book is now doing the rounds of the internet, where the actor recalled how Karan Johar's office had told him that they 'worked only with stars' to Khurrana during his initial days in Bollywood.

Ayushmann Khurrana recalls an incident where he requested Karan Johar to give him a chance in films. The excerpt narrates how he was denied as he wasn't a star.

This is how Ayushmann khurrana exposed Karanjohar once 👏 #JusticeForSushantSinghRajput#karanjohargang pic.twitter.com/KEMubK0zWK

"I was extremely excited and thought to myself, ‘Ab toh life set hai. Ab mujhe koi rok nahi sakta! Ab toh introducing Ayushmann Khurrana hai by Dharma Productions!’ The next day I dialed the number Haran had given me. They said Karan wasn’t in office. The day after that I called again. They said he was busy. And finally, my bubble burst when, the subsequent day, they told me bluntly ‘We only work with stars, and can’t work with you," Ayushmann Khurrana wrote in his book.

Following Rajput's tragic death, several stars have lost consdireable number of followers from their social media accounts. Rajput was found hanging at his Mumbai flat on Sunday. The police are still investigating the case.