Watch 'Space Force' trailer: 'The Office' Steve Carell and 'Friends' Lisa Kudrow get together on a fun ride 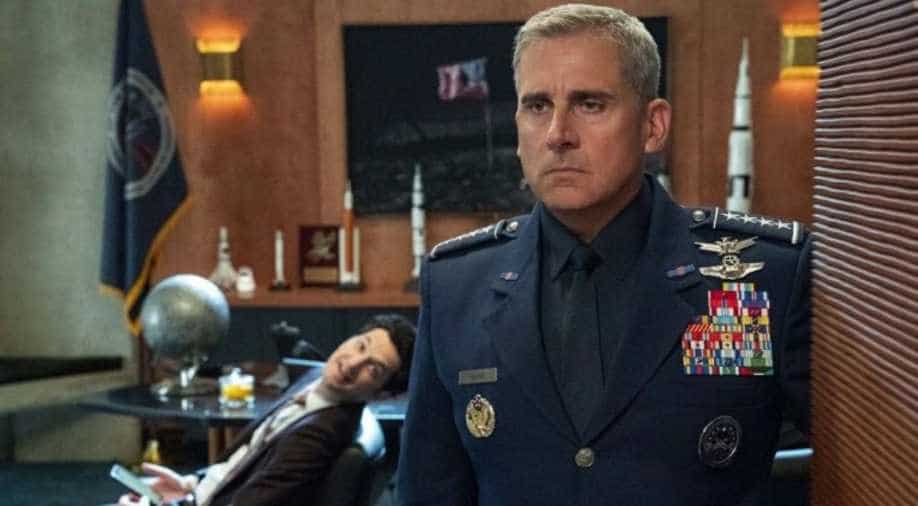 The Netflix film will premiere on May 29.

Can it get better than this? Steve Carell and Lisa Kudrow in a film together and there's hardly any time left before we get to watch that project.

Netflix has brought possibly the biggest comedy stars of TV in one project together. Steve Carell is known for his work in ‘The Office’ as he played the role Michael Scott while Lisa Kudrow played Phoebe Buffay in Friends’ -- undeniably the two most important pieces of art for anyone who loves funny things.

In the Netflix film called ‘Space Force’, Steve Carell plays a general who wants to send astronauts back to the moon but first, he needs to make a stop in "Kokomo."

For Steve, his job is not easy, with skeptical employees and exploding rockets.

The first trailer for the upcoming series is out and it is co-created by Carell and ‘The Office’ and Upload's Greg Daniels.

Netflix reportedly gave the show a straight-to-series order in January 2019, a few months after President Donald Trump's 2018 order to create a sixth branch of the military focused on space.

‘Space Force’ is set to premiere May 29