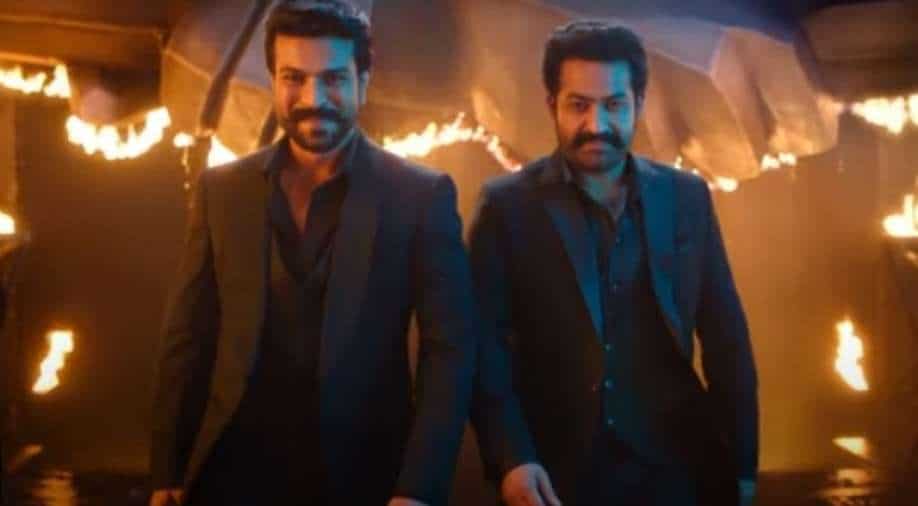 The world of 'RRR' is unwrapping slowly. Today, when the entire world is celebrating Friendship Day, makers of the magnum opus released the first song of the movie 'Dosti' and as the day, the song is an ode to the spirit of Friendship and the bond.

Shot in a fiery set, the song is filled with energy with the high tunes. The song by MM Keeravani is sung by five talented singers Amit Trivedi, Anirudh Ravichander, Yazin Nazir, Hemachandra and Vijay Yesudas. The movie lead actor's Ram Charan and Jr NTR also makes their grand appearance towards the end of the video.

The single was released not just in Telugu but also in Tamil, Hindi, Kannada and Malayalam.

The film will reportedly be a fictional story set in the 1920s pre-independent era and will be based on the lives of two celebrated freedom fighters- Alluri Sitarama Raju and Komaram Bheem.

The movie features Ram Charan, Alia Bhatt, Ajay Devgn and more. The movie is slated for an October 13 release in Telugu, Tamil, Malayalam, Kannada, and Hindi.