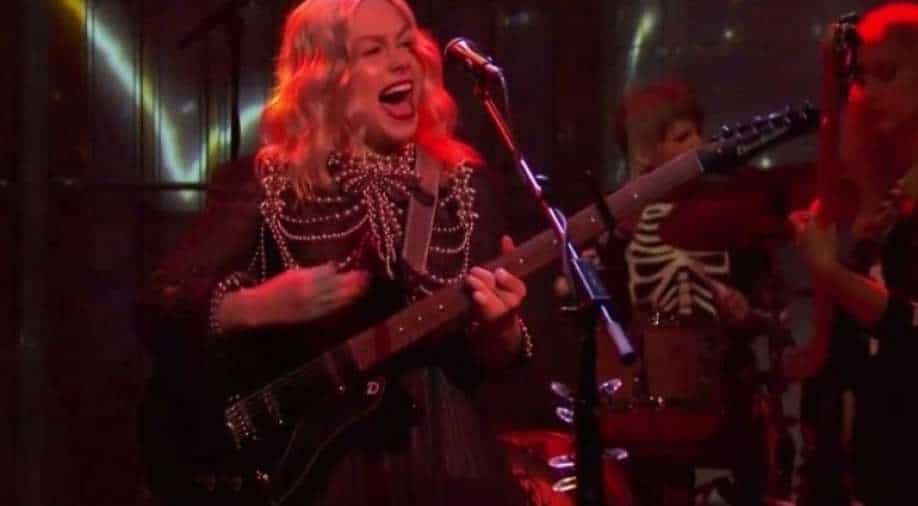 On Saturday, The singer appeared on the 900th episode of the iconic show which was hosted by Canadian actor Dan Levy.

The singer who appeared as the musical guest delivered her first performance and rocked the stage, starting off with her song 'Kyoto', the singer donned her famous skeleton ensemble along with her pearl necklace. Later, she returned in the evening for her second performance on her latest record, 'I Know The End', which blew everyone's minds.

As the song came to an end, Bridgers went on and decided to demolish both her electric guitar and a speaker on stage.

Recently, Phoebe Bridgers come out with a horrific experience related to Marilyn Manson and recalls a trip to her house as a teenager. The 26-year-old singer in her tweet revealed that Manson referred to a room in his home as the "rape room".  Read more here.