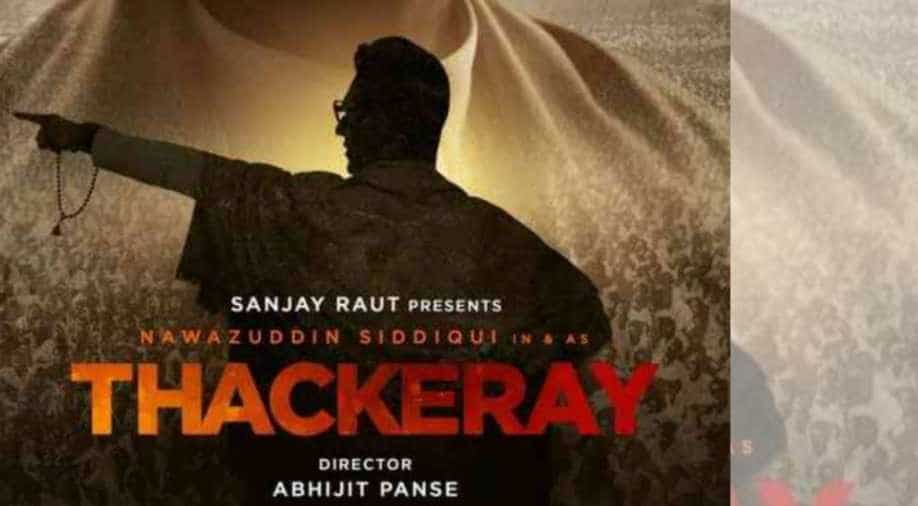 A controversy erupted on Thursday after a video surfaced showing 'Thackeray' film's director Abhijit Panse leaving in a huff from the cinema hall where the film's premiere was held. Panse reportdely walked out after he was asked to sit in the theatre's front row.

The video also shows producer of the film, Shiv Sena leader Sanjay Raut, purportedly persuading Panse to stay back, but the latter refused to budge. The two, however, were not audible in the video.

Sources in the Maharashtra Navnirman Sena (MNS), Panse's party, however, charged that there was no seat left for its leader to sit notwithstanding him being the flick's director.

Soon after the video surfaced, MNS workers in neighbouring Thane erased Raut's name from the film's posters put up in the city in protest.

Raut, a Rajya Sabha member, could not be reached for his version.

'Thackeray' is a biopic of Shiv Sena founder Bal Thackeray and has Bollywood actor Nawazuddin Siddiqui essaying the late leader's role. The film is slated to hit theatres Friday.

"There was no seat left for Panse to seat. Then he was offered a seat in the front row. At least the film's director should get a seat to sit, right?" a MNS source said.

Panse, talking a new channel in Thane, said for him "the movie was more important than the controversy".

"Let the film get released. I am happy it is gaining popularity...It is a good movie and everyone should see it," he told the channel.

Asked if he was unhappy given the controversy, Panse counter questioned, "Do you feel I am unhappy?"

"This is at personal level and can be sorted out. Now, let's concentrate on the release of the movie. From the feedback I have received, it is a good movie," he added.

Hitting out at Raut without naming him, MNS spokesperson Sandeep Deshpande said Thackeray used to treat even a common member of the Shiv Sena with love and not insult "which was also the message of the film".

"But the producer of the film did not get the message #ISupportAbhijitPanse," Deshpande said on Twitter.

Deshpande also hailed party workers for teaching a lesson on the social media to a "big man with narrow mindset". He, however, did not name the "big man".

Meanwhile, the MNS put up banners across Thane extending wishes to the movie and displaying Panse's name prominently.