US TV networks prepare to deliver results of an unprecedented election 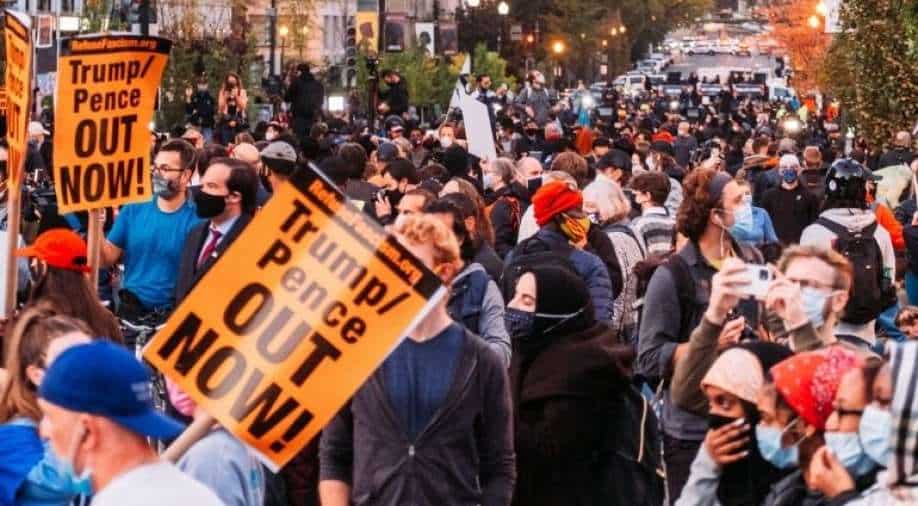 US television news networks kicked off coverage of an election night like no other, as a divided nation chooses the next president amid a global pandemic, with more voters casting their ballots early and by mail than ever before.

Among the challenges facing the nation - and the networks - are a president stoking fears of ballot fraud, a deeply divided electorate and the spectre of a prolonged vote count, which raises the potential for protests, violence and lawsuits.

On Fox Corp’s Fox News, correspondents warned viewers that results could look "weird" through the evening reflecting the rise in mail-in votes that may not be counted on Tuesday. On AT&T Inc-owned CNN, chief national correspondent John King evaluated the first county-by-county results in Indiana on a large interactive digital map and compared the numbers to turnout four years ago. He repeatedly told viewers not to read too much into early tallies.

Ryan Reynolds to Selena Gomez: Celebrities cast their first vote in US Elections 2020

"We have a great team looking at this," he said. "We will explain it transparently as we go through the night." Comcast Corp's MSNBC, anchor Steve Kornacki reiterated that mail-in votes were likely to lean Democratic, examining early results from some counties in Kentucky as an example, where Biden currently had a lead with the small percentage of votes that had been counted. This will be the first presidential election in which the major TV networks will get data from different providers, raising the potential for divergent perspectives on election night returns.

Fox News and the Associated Press are no longer using traditional in-person exit polls, instead of relying on online and telephone surveys that aim to reach early and Election Day voters. The news organizations will combine that survey data with real-time results tabulated by the AP to help make projections.

The three broadcast news networks and CNN are part of the National Election Pool consortium, which will rely on the firm Edison Research for exit polls and results as they come in from each precinct. Reuters has a distribution deal with the NEP for 2020 election data.
Networks will be showcasing their investments in more polling, deeper data analysis, and additional reporting on the mechanics of voting, voting integrity and misinformation.

ViacomCBS Inc.-owned CBS News is broadcasting its Election Night coverage from Times Square for the first time. The network is using four high-resolution LED video walls to display real-time data, maps, results and video feed from around the country.

NBC News` coverage will last until at least 4 a.m., and as long as the race continues. The network is relying on more than 100 NBC News journalists for its coverage. Its 'Decision Desk' will make projections when there is 99.5 per cent statistical confidence in the result. Walt Disney Co’s ABC News began its primetime coverage at 7 p.m. EST, with anchor George Stephanopoulos reporting from New York. Fox News is airing an eight-hour-long live special “Fox News Democracy 2020: Election Coverage;” additional coverage will continue until 9 a.m.