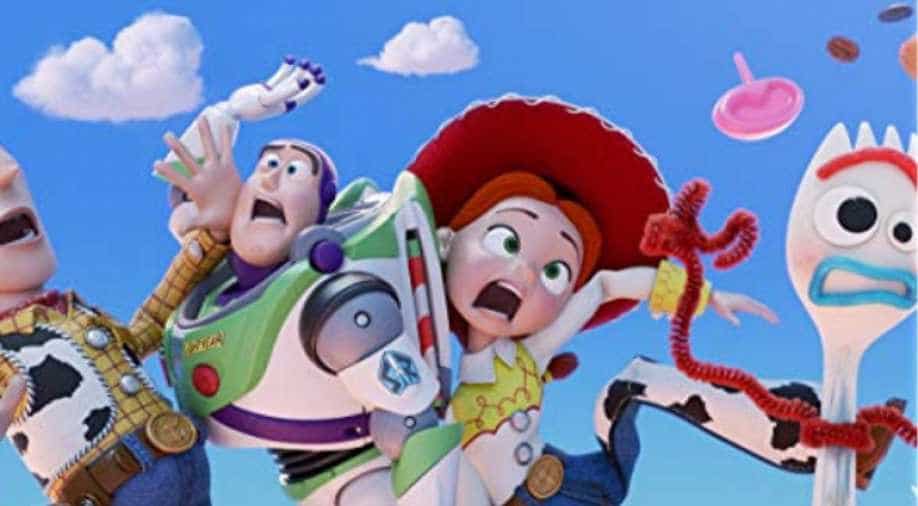 The teaser features all the main toy characters from the previous instalment of the franchise, floating through the air with Joni Mitchell`s `Both Sides Now` playing in the background.

The wait for Summer 2019 just got longer. As Disney dropped the teaser of 'Toy  Story 4' on Monday, new member `Forky`  became an instant hit on the internet. Disney teased fans with a glimpse of the film and revealed that the film will out in the summer of 2019.

The teaser features all the main toy characters from the previous instalment of the franchise, floating through the air with Joni Mitchell`s `Both Sides Now` playing in the background.

Midway through the pleasant scene, Forky screams, "I don`t belong here!" Forky, a makeshift toy that was formally a spork, through its panicked response, sets off a chain reaction sending the other toys spinning and tripping. "I`m not a toy!" Forky screams in the end.

According to E! Online, the latest instalment of the film will follow Forky, a spork brought to life as a craft-project using googly eyes and pipe cleaner, on its journey. It is a story about how Forky, formally a utensil, feels terribly out of place in a room full of toys.

Speaking about the plot of the film, director Josh Cooley said, "The world of Toy Story is built upon the idea that everything in the world has a purpose. A toy`s purpose is to be there for its child. But what about toys that are made out of other objects? Forky is a toy that Bonnie made out of a disposable spork, so he`s facing a crisis. He wants to fulfill his purpose as a spork, but now has a new toy purpose thrust upon him."

Produced by Mark Nielsen and Jonas Rivera, the animated film is scheduled to release on June 21, 2019.