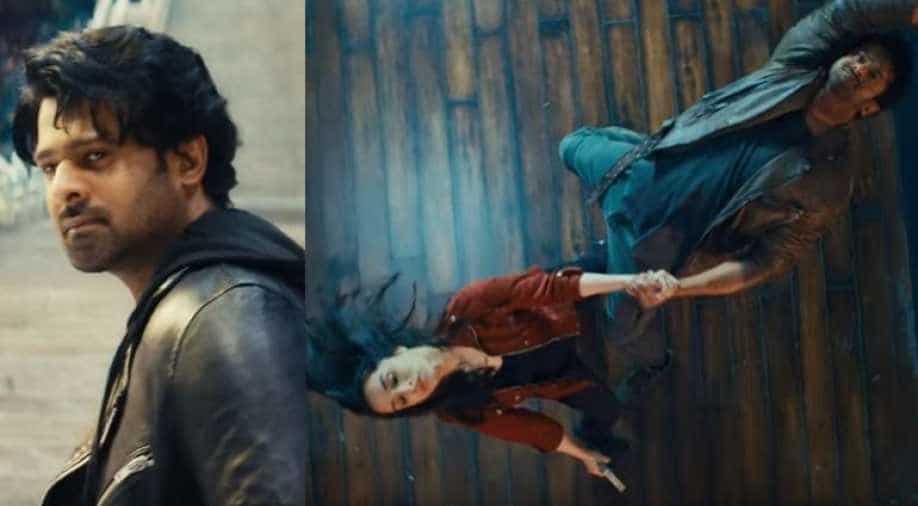 Following the trend of fan clubs in South India, celebrating `Saaho`s` release, admirers of Prabhas installed a 70-foot tall cut-out of the star in Hyderabad.

It is no secret that Prabhas isn`t treated just as an actor or a superstar down South. Such is the craze for the actor that people go all out to shower their love on him and his films.

Following the trend of fan clubs in South India, celebrating `Saaho`s` release, admirers of Prabhas installed a 70-foot tall cut-out of the star in Hyderabad.

The cutout shows Prabhas dressed in an all-black ensemble, with a bruised forehead dripping blood.

The Fans Association of RTC X Road in Hyderabad gathered outside Sudarshan Theatre. Celebrating the release of the film, which also stars Shraddha Kapoor, a huge number of fans were seen pouring milk and flowers on Prabhas` cut-out.The star`s humongous cut-out was decorated with huge garlands.

Not just this, fans also burst crackers to celebrate the new release. Fans were spotted grooving to dhol beats and showing off their energetic dance moves.

The movie marks Prabhas` debut in the Hindi film industry and Shraddha`s entry in the South Indian film industry. The film hit the theatres today. Shraddha also has other films in the pipeline including `Street Dancer` and `Chhichhore`.