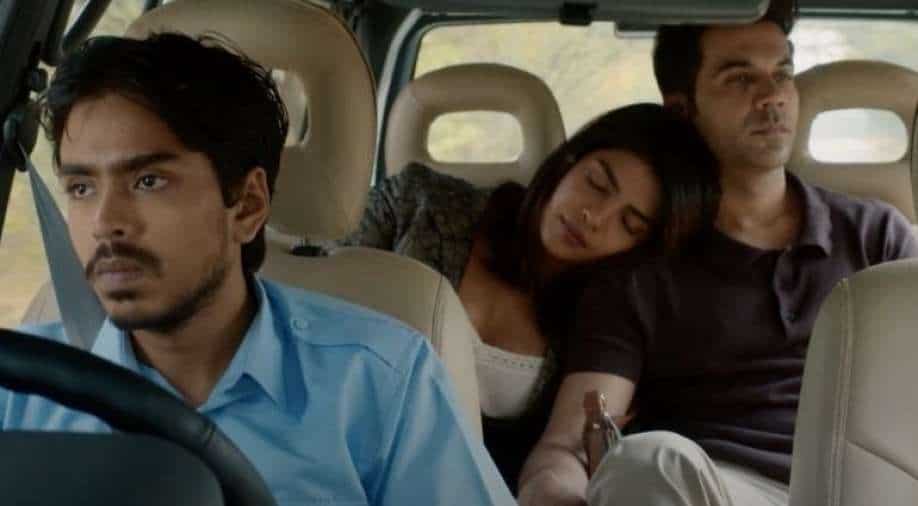 An invested watch, the film thrives on its acting, execution, and a motive of staying true to its narrator’s vision and vision alone. Not a commentary on India’s divide, ‘The White Tiger’ is the story of a place we recognise and many don’t survive.

Somewhere near the climax, the lead character and narrator of the film Balram quotes poet Iqbal’s words “the moment that you realise what’s beautiful in the world, you stop being a slave”, ‘The White Tiger’ shows you a mirror in the opposite direction. Directed by Ram Bahrani, ‘The White Tiger’, an adaptation of Booker-prize winning novel by Aravind Adiga, is everything we know about the society we live in, yet choose to ignore by saying this is how the country functions.

Balram (Adarsh Gourav) is a rarity in a village living in servitude, out of necessity and fear, and breaks out the clutter only to create one of his own. The story of the film is all about him breaking out of a rooster coup served to him on a platter by society. Through the symbolism of class, caste, and other divides, that persist in the society, ‘The White Tiger’ actually is a story of a rare man born into the most ordinary circumstances known to him, where he makes the end extraordinary, adapting and accepting the shade of darkness that liberation brings.

Now, one can say the film is a social commentary about a lot of things that persist in the ‘poor democracy’ that’s India. Maybe, more so now, but calling it that would take away the light from the film and put it on the genius of the story that has already been widely appreciated. The cunning story of a rare man could not have been brought alive better by anyone other than Adarsh. The way he imbibes Balram, his servitude, his ambitions, and his constant struggle to seek out an exit, makes you root for him. You know his intentions are not moral, but then neither has been his entire life. Balram is not a man out of choices, he’s not a distressed poor man who did what he did out of no options, or do and die situation, he did it because he believed in himself, something, not all has the privilege of doing. An endearing performance, Adarsh as Balram fits in the regular crowd yet his eyes speak a different language of confidence. In a cast filled with power performers like  Mahesh Manjrekar, Rajkummar Rao, and Priyanka Chopra, Adarsh is true ‘The White Tiger’.

Speaking of the supporting cast Rajkummar Rao and Priyanka Chopra fit decently in their parts. Rajkummar as a privileged, educated yet spineless Ashok is what many would relate to. Many are Ashok, while many see an Ashok in a  day to day life, something the story hits close to home. He’s a champagne socialist, trying to make it in a corrupt democracy, with a big vision but not enough belief to go ahead with it. Priyanka as Pinky falls somewhat in the same category, the middle ground holder, the enablers, who want to eradicate the big difference between the master and the servant but don’t know-how.

So is ‘The White Tiger' a more real ‘Slumdog Millionaire'? Well. No. Calling it that would be a disrespect of Adiga’s story and Bahrani's impeccable execution. ‘The White Tiger’ is when a servant goes rogue and that’s about it. He’s not changing the system. He’s neither a messiah of the poor nor is he giving a cheat code to break out of the coup. He’s just a shrewd rooster who got out and that’s his story.

Another brilliant aspect in the film is Paolo Carnera’s cinematography of the village of Balram, to the Delhi that you and I recognise. It makes you look up at the sky-rise building with Balram but immediately brings you down to the pavement encroached with homeless people selling ‘faith’ on roads. There’s nothing beautiful in the film and that gives it its flavour of grittiness and suffocation, the way the main character Balram feels.


Ram Bahrani has hit the bull’s eye with ‘The White Tiger’ and while the association of Priyanka Chopra serving as one of the producers might give a feel of it hanging a foot in the Western gaze, in reality, that’s how Balram would’ve wanted it to be. And a film that follows the footstep of its lead character, is the film done brilliantly.

An invested watch, the film thrives on its acting, execution, and a motive of staying true to its narrator’s vision and vision alone. Not a commentary on India’s divide, ‘The White Tiger’ is the story of a place we recognise and many don’t survive.