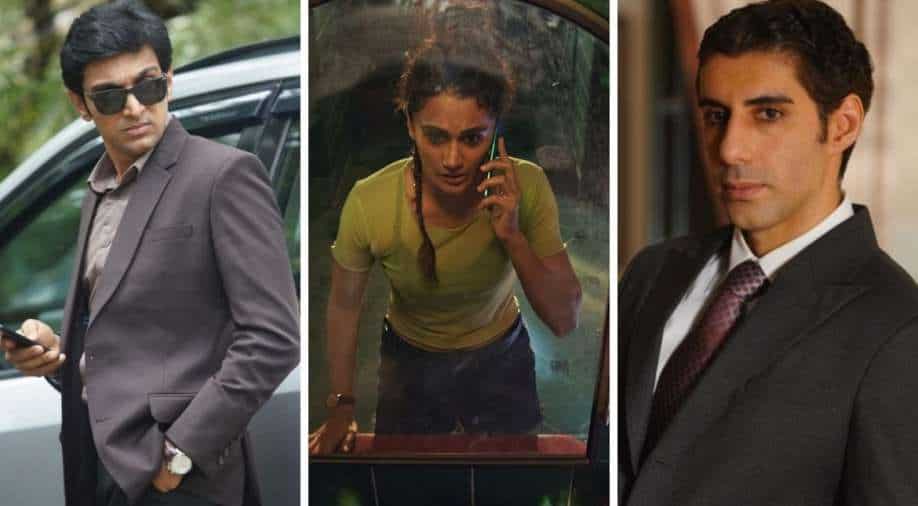 The OTT platform is getting as crowded on Fridays as the movie theatres used to be once upon a time.

The OTT platform is getting as crowded on Fridays as the movie theatres used to be once upon a time. The box office tussles were eventually resolved with the big guns spacing out their releases.  The buzz is that the major OTT platforms are now in the process of finding a solution to the crowded digital domain on Fridays. Until then, happy bingeing. Here’s what’s in store this weekend.

The  Great Indian  Murder(Disney+Hotstar): Ajay Devgan serves as producer on this murder mystery set in an upper-class high-rise ambience. Devgan has left no stone unturned to promote the production as one of its kind. The mystery at the heart of the lengthy series is solved beforehand for anyone who has read  Vikas Swarup’s novel. But the producers are counting on the fact that not too many potential viewers out there have read the novel(Devgan hasn’t). With Tigmanshu Dhulia as director(when was the last time he did something on a par with his best, namely 'Pan Singh Tomar'?)  we can hope for some tightly wound suspense, at least. Also the accomplished cast—Pratik Gandhi, Richa Chadha, Ashutosh Rana, Sharib Hashmi, Rahuvir Yadav, Paoli Dam—should be an incentive, though some of these actors have not covered themselves in glory with their recent work on OTT. The minus side: the blood-splattered, suspense-soaked saga extends into  9  episodes.  By the time you are done, you may get murderous thoughts yourself.

The Rocket Boys (SonyLIV): This is a series admirably strategized to bring forth the evolution of India’s nuclear power through the efforts of its two pioneers Homi Bhabha and Vikram Sarabhai, played with conviction and sincerity by Jim Sarbh and Ishwak Singh; Sarbh is particularly compelling as  Bhabha. The series spreading into  8  parts recreates a flavourful ambience, bringing back the feel of the  Nehruvian era with an impressively staged dexterity. On the minus side, how many of today’s  17-18 years old are energized by the saga of  India’s atomic evolution, especially when the series takes so long to get to the point? Abhay Pannu who has so far served as an assistant director gets a big break as a full-fledged director while Nikhil Advani is the “presenter”  and “creator” along with Sidharth Roy  Kapur. The mind boggles at the various compartments that are created to optimize the production budgets.

Looop Lapeta (Netflix): A crazy zany goofy fey feature film that casts the ever-dependable Taapsee Pannu caught in a strange whirligig where she gets three different options to correct the mess made by her stupid boyfriend played by Tahir Raj Bhasin of whom we’ve been lately getting an overdose on  OTT. The fast-paced film exudes very unusual energy never seen before. But is that enough to hold your attention? On the plus side, this one is over in less than two hours. Read WION's review of 'Looop Lapeta' here