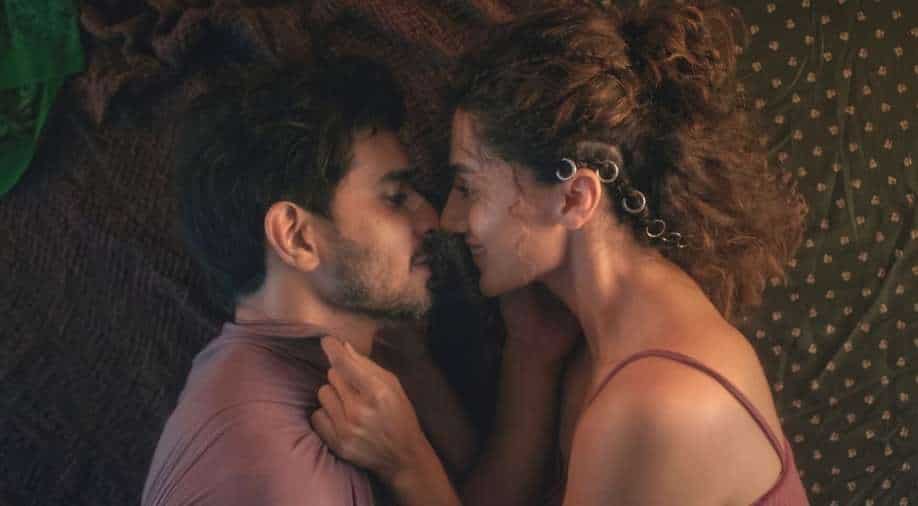 A remake of the 90s German cult classic 'Run Lola Run' by Tom Tywer, 'Looop Lapeta' breathes a fresh lease of life into a known story.

Filmmaker Akash Bhatia's film 'Looop Lapeta' featuring Taapsee Pannu and Tahir Raj Bhasin captures your attention from the word go. As Savi and Satya, Pannu and Bhasin take the viewers on a whirlwind chase that is fuelled by love and only love.

A remake of the 90s German cult classic 'Run Lola Run' by Tom Tywer, 'Looop Lapeta' breathes a fresh lease of life into a known story, giving its protagonist Savi, a former athlete, 80 minutes and three chances at saving her good-for-nothing boyfriend Satya and procure Rs 50 lac. In the original, the protagonist had 20 minutes.

But Bhatia along with co-writers Vinay Chhawal, Ketan Pedgaonkar, Aakash Batia, Arnav Vepa Nanduri give a very contemporary Indian spin to the story which is high on energy, quirks and performance making the 2 hr 11 minutes film feel like a breeze. 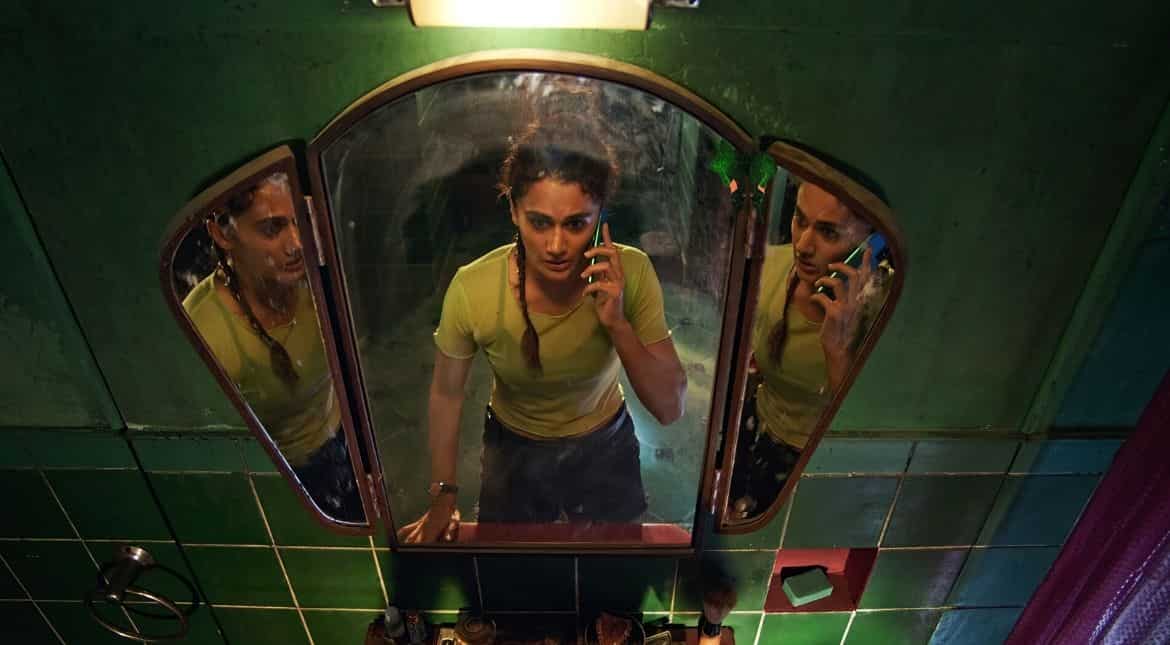 So what's the story about? Savi has 80 minutes to save her boyfriend Satya from being killed by his boss, a mobster called Victor (Dibyendu Bhattacharya) who had given him the task to get a bag full of Rs 50 lac in the said time. Satya being the careless, carefree man that he is- loses it on the way and calls his girlfriend Savi for help. As the couple run against time, Satya accidentally gets shot but Savi realises she has a few more chances to set things straight.

With a screenplay that gets the viewers engaged right from the first frame to the catchy background score and credible performances, there really isn't a single dull moment in 'Looop Lapeta'. It isn't easy to make a remake of a hit that has been loved and revered the world over but Bhatia and his team of writers manage to step up, create very interesting subplots with characters that can have their own separate stories to make the film thoroughly enjoyable.

There are two dimwitted brothers Gappu-Appu (Raghav Raj Kakker and Manik Papneja) who plan to rob their father's jewellery store- a place that Satya too plans to steal from. The confusion that ensues  (not once but three times over) while the store is robbed, is one of the most well written and enacted portions of the film. There is also a Taxi driver, who crosses paths with Savi and who is heartbroken about his girlfriend getting married to someone else. Also adding more fun to the plot is a cop- who on his way to buy the fresh catch from the fish market, spots Savi running, gets suspicious and starts chasing her. Not just the lead pair, but Bhatia ensures all the characters have an intrinsic part to play in the loop and are so well fleshed out that you want to know more about them. 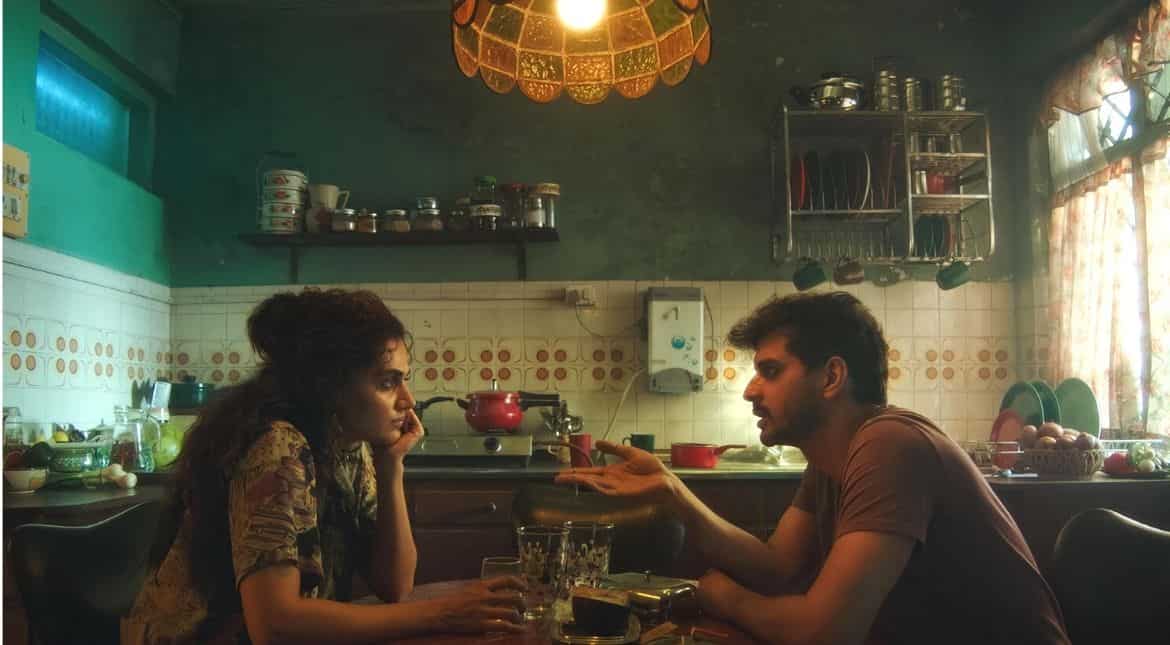 The performances are great. Taapsee Pannu, who has over a period of time proved that she alone can take a film forward, delivers a credible performance as Savi, an angsty former athlete who has several personal issues that need to be addressed. She may be running ( a lot) against time to save her boyfriend but the film beautifully uses the plot to make the character come to terms with her personal problems.

Tahir Raj Bhasin, easily the man of the moment on OTT space, is refreshing, goofy, charming - all wrapped into one. We all know slackers like Satya in real life and yet we all fall for their optimism and simplicity. Bhasin breathes in the right amount of charm into his character and its a delight to watch him on screen. He shares great onscreen chemistry with Pannu and the two support each other well throughout the film.

Actors Raghav Raj Kakker and Manik Papneja are equally charming as Gappu and Appu. I would love to see the two getting a spin-off. They were so effective in their parts, drawing in the laughs. So did Shreya Dhanwanthary and Samir Kevin Roy as lovers Julia and Jacob.

A story that is stuck in the loop can be repetitive, but with deft writing and direction, 'Looop Lapeta' draws you in and keeps you hooked throughout. It helps that the film uses a colourful palate and Yash Khanna's camera work ably supported by Priyank Prem Kumar's editing, makes the film a joy ride that draws you in the loop, much like its characters.

Watch 'Looop Lapeta' even if you have watched the original 'Run Lola Run' because its a clever remake that gives a reference not only to the original but also to the popular mythological Savitri Satyabhan story. It basically serves as a very engaging film wrapped in Indian sensibilities.

If you haven't watched the original, then be prepared to go on a fun ride with 'Looop Lapeta'.