'The Crown' stars defends Netflix decision not to use fiction disclaimer 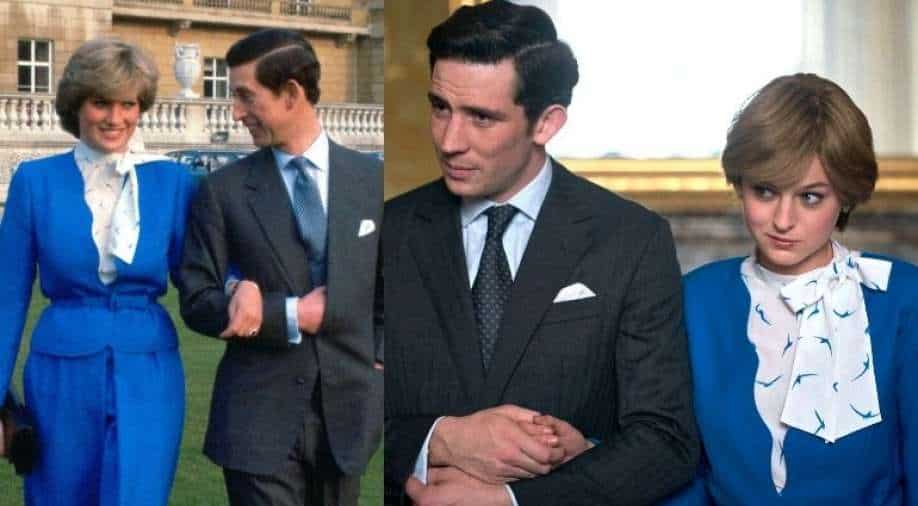 File image of Prince Charles and Princess Diana and Jack O'Connor and Emma Corrin as the royal couple in 'The Crown'. Via Netflix Photograph:( Twitter )

Ever since the fourth season of 'The Crown' has released, the show has created controversy for the fictional scenes.

'The Crown' stars are defending Netflix’s decision not to put a fiction disclaimer on the historical drama. Ever since the fourth season has released the show has created controversy for the fictional scenes.

It was first started after UK’s Culture Secretary Oliver Dowden suggested that the program should put a disclaimer ahead of each episode to inform their viewers that the drama is a fictionalization of the British royal family history.

Emma Corrin who played Princess Diana in the show, compared the show to HBO Max' ‘Succession’ and defended Netflix for not adding a fiction disclaimer.

“It is very clearly a dramatized version of events," Corrin said in an interview. ''This is fictitious in the same way people don’t mistake ‘Succession’ for what actually happened with the Murdochs.''

Netflix declines to flag up to viewers that 'The Crown' is fiction: Reports

''I also understand, as it comes from a place of sensitivity and protectiveness of the royal family and Diana,'' Corin added.

Josh O’Connor who played Prince Charles, also defended the streamer and said, ''it’s unnecessary to give the show a “fiction” label. We were slightly let down by our culture secretary, whose job it is to encourage culture,” Josh shared with tan news agency.

The Crown: No, Princess Diana did not sing for Prince Charles as shown in the series

''In my opinion, it’s pretty outrageous that he came out and said what he said. Particularly in this time when he knows that the arts are struggling and they’re on their knees, I think it’s a bit of a low blow.''

''My personal view is that audiences understand,'' he shared. ''You have to show them the respect and understand that they’re intelligent enough to see it for what it is, which is pure fiction.''

'The Crown' S4 is currently streaming on Netflix.