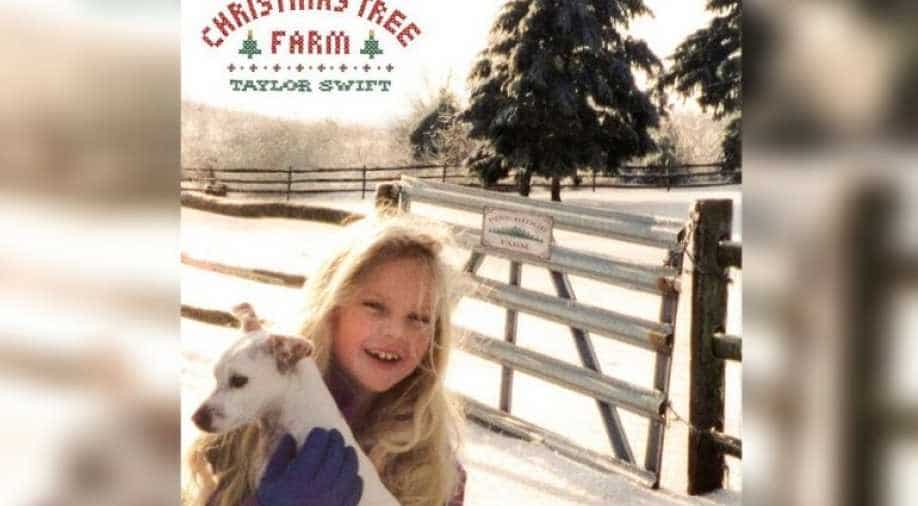 The song is about  Taylor Swift spending her Christmas in her childhood home in Reading, Pennsylvania.

Coming perfectly around the festive season, Taylor Swift has decided to spread some holiday cheer as she released her new Christmas song, 'Christmas Tree Farm', on Thursday.

The song is about Swift spending her Christmas in her childhood home in Reading, Pennsylvania. "In my heart is a Christmas tree farm where the people would come to dance under sparkles and lights," Swift sings in the song that honors a love that reminds her of home and the holiday memories she made there.

"Just being in your arms takes me back to that little farm," she sings. Throughout the music video, which was created from a compilation of Swift's home videos, fans can see Swift's childhood years during Christmas.

I actually did grow up on a Christmas tree farm. In a gingerbread house, deep within the yummy gummy gumdrop forest. Where, funnily enough, this song is their national anthem. #ChristmasTreeFarm song and video out now 🎄https://t.co/p9Hk8blYpS pic.twitter.com/rTdGd1wIhK

The video also includes Swift as a toddler playing near the Christmas tree while her mother watches on, building a snowman, writing a letter to Santa and even being gifted a guitar at a young age.

The singer-songwriter teased the news with the fans by taking to Twitter, with the caption that read, "I actually did grow up on a Christmas tree farm. In a gingerbread house, deep within the yummy gummy gumdrop forest. Where, funnily enough, this song is their national anthem. #ChristmasTreeFarm song and video out no," adding a link to the song.

According to the reports of a news agency, the new holiday song arrives amid news that Swift will open the Sundance Film Festival on Jan 23 with her Netflix original documentary 'Miss Americana'.

Helmed by Emmy winner Lana Wilson, the film is described as a "raw and emotionally revealing look at one of the most iconic artists of our time". Throughout the documentary, viewers will get an inside look at Swift's "transformational period in her life as she learns to embrace her role not only as a songwriter and performer but as a woman harnessing the full power of her voice".