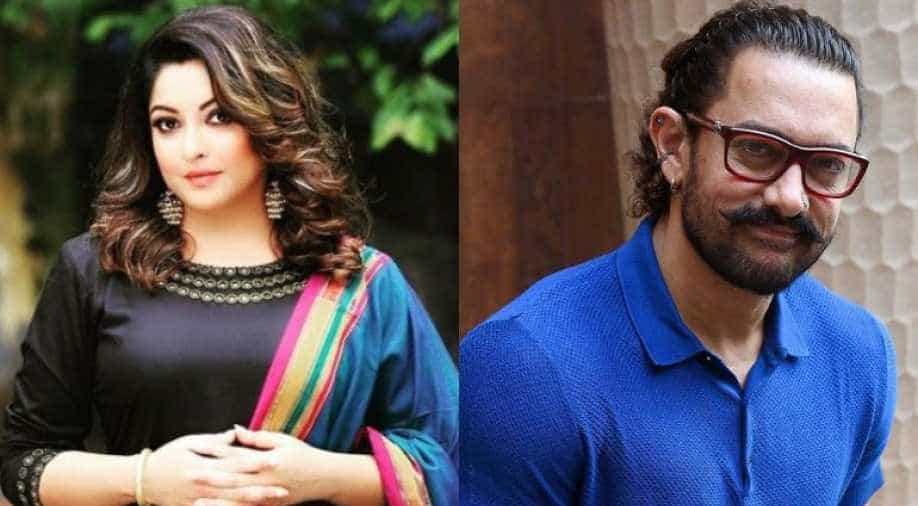 Aamir, who had initially stepped out of the film citing 'zero-tolerance for sexual harassment and predatory behaviour', on Monday announced he had decided to join back the team and work with Subhash Kapoor.

Former actress Tanushree Dutta has criticised Aamir Khan over his decision to do 'Mogul'. The biopic on T-Series founder Gulshan Kumar is being helmed by Subhash Kapoor who has been accused of sexual harassment by actress Geetika Tyagi.

Aamir, who had initially stepped out of the film citing 'zero-tolerance for sexual harassment and predatory behaviour', on Monday announced he had decided to join back the team and work with Kapoor. Also read: Has the #MeToo movement become a hogwash in India?

Aamir in an interview later explained that he reconsidered after learning that Subhash Kapoor had lost several other projects because of Aamir's stand against him and that he "couldn't sleep at night because I used to constantly feel that my actions have inadvertently caused a person, about whose guilt I have absolutely no idea, to lose his right to work and earn a livelihood."

Aamir Khan specified that the sexual misconduct allegations by Geetika Tyagi are currently in court and "...until such time that the courts reach a conclusion, is it that he/she should not be allowed to work? Is he to just sit at home and not earn?"

Speaking to a daily, Dutta said, "How come nobody in Bollywood has sleepless nights when a woman becomes a victim of abuse and is not able to work due to the trauma and ostracisation... If he has agreed to hire this guy, why not hire the woman who suffered the consequences of his actions? Why do only the creepy men of Bollywood get compassion? Let the girls also see some of that saintly do-goodery."

"Compassion should be universal. If it's so selective as is being displayed by the Bollywood's bigwigs, then it's not compassion. It's convenience and ignorance. Nobody bothered to ask me how I was doing when my livelihood was snatched away after the 'Horn Ok Pleassss' harassment episode. No compassion for me, Aamir?" she further added.  Dutta had accused actor Nana Patekar of sexual harassment on the sets of 'Horn OK Pleassss' in 2008. In September last year, as Dutta again spoke about the incident it heralded the #MeToo movement in India. In June 2019, Police gave Nana Patekar a clean chit on the case.

Meanwhile, actress Geetika Tyagi, who accused Kapoor of sexual harassment also expressed disappointment at Aamir's decision and stated that she wished Aamir had also heard her side of the story. "I had commended Kiran Rao and Aamir Khan because it gave hope to more women to speak up about their own stories. But I had never asked for it from them. Now that Subhash has been hired back, it's not like someone (from their end) reached out to me. It would have been a fair game had they considered both sides of the story."