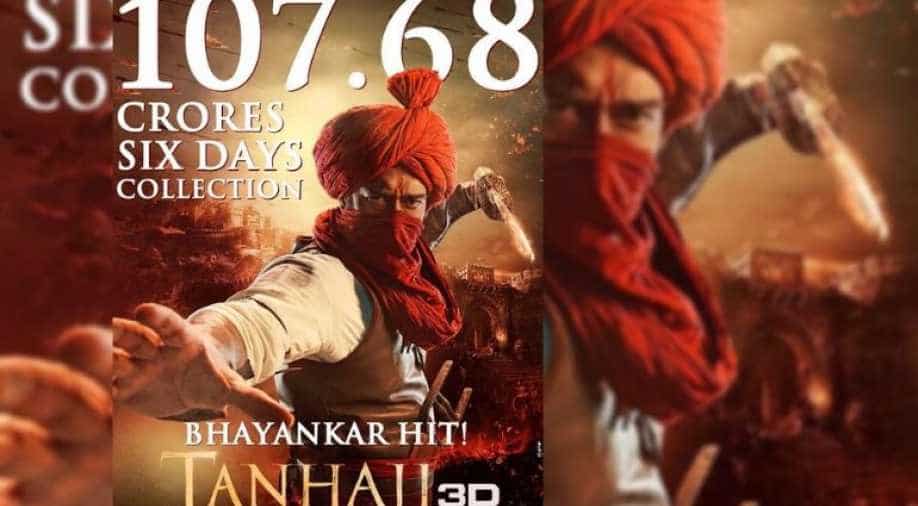 Ajay Devgn's 100th film 'Tanhaji: The Unsung Warrior' has crashed the box-office as the movie enters the Rs 100 crore club in less than a week's time.

The flick has been receiving a unanimous response from critics and audience, generating a great word of mouth.

Kajol, who essays the role of the wife of Tanhaji, Savitribai Malusare, is shown as a strong character, who accompanies him in taking firm decisions.

Saif Ali Khan, who plays the antagonist, comes out strong as Uday Bhan, a Rajput official, who works for Mughal Emperor Aurangzeb. The film is produced by Ajay Devgn's ADF and Bhushan Kumar's T-Series and has been directed by Om Raut.