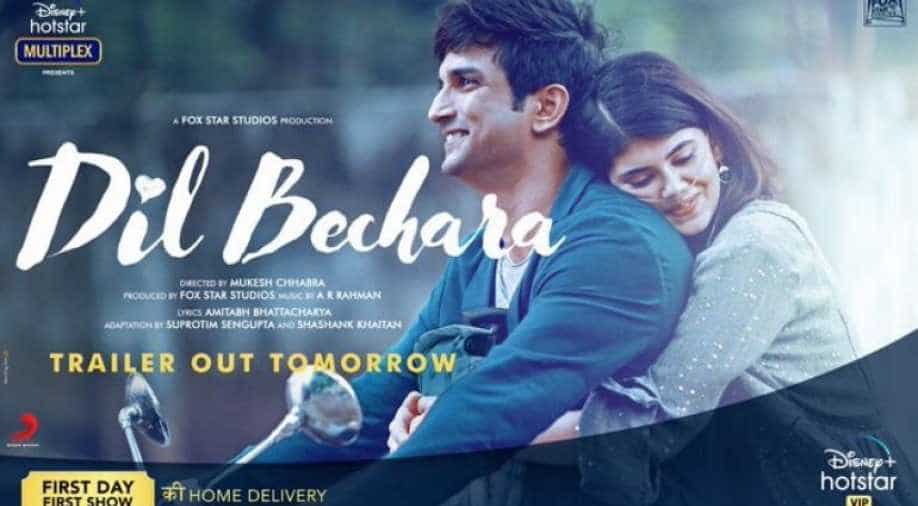 One of the most anticipated films of this season is Sushant Singh Rajput's last film 'Dil Bechara'. The trailer of the film dropped online on Monday and fans of the actors from all over the world have given the trailer a lot of love and likes!

In 21 hours, the video has got over 25 million views with 5.5 million likes. The trailer has managed to break the record of 'Avengers: Endgame' and has become the most liked trailer ever within a span of 24 hours. The last two Avengers films- 'Infinity War' and 'Endgame' have 3.2 million views and 2.9 million likes respectively on Youtube. 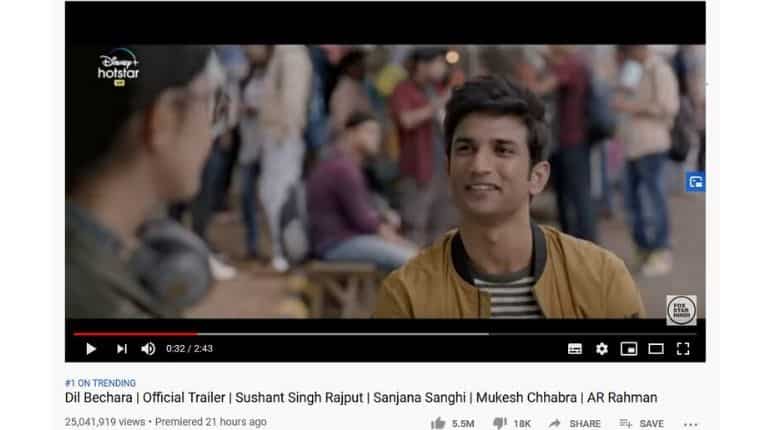 A Hindi adaptation of 'The Fault In Our Stars', the film has been directed by Mukesh Chhabra and also features newcomer Sanjana Sanghi.

A story of two young adults, who meet and fall in love in a cancer support group, the film also features Saswata Chatterjee, Swastika Mukherjee, and Saif Ali Khan in a cameo. The music has been composed by AR Rahman and it has been produced by Fox Star. The trailer is at present trending at the number 1 spot on Youtube.

The film will be available for streaming for subscribers and non-subscribers on Disney+Hotstar from July 24 onwards.