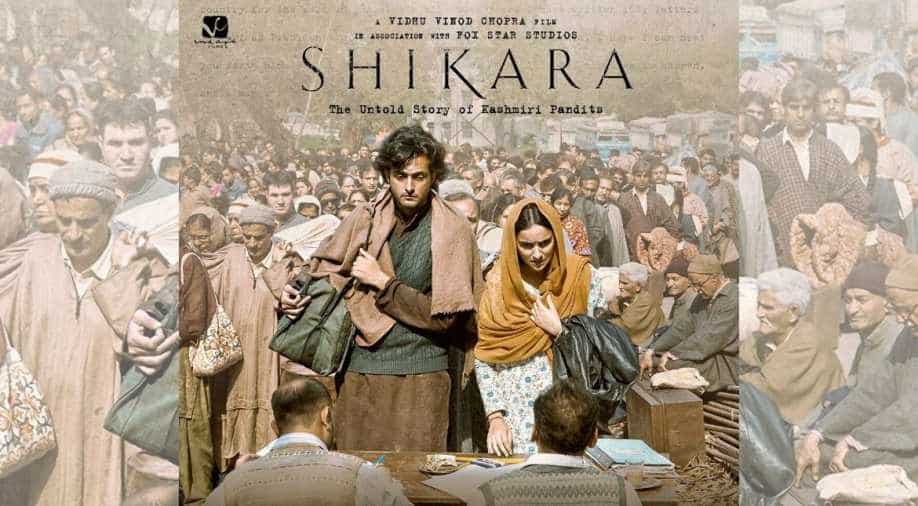 'Shikara' is Co-produced by Fox Star Studios and is set to hit the theatres on February 7, 2020

Makers of the upcoming historical-drama 'Shikara' on Monday released the second trailer, which reflects the alarming conditions of 1989 when Kashmiri Pandits had to leave the Valley.

The gut-wrenching trailer brings out the hard-hitting story of Kashmiri Pandits. The first frame of the trailer itself puts the grisly reality out where the `Farman' announces how the Kashmiri Pandits were forced to leave the land.

With the visuals of the violence to the lead actors Adil Khan and Sadia's paradise in conflict, the second trailer brings out the untold story of Kashmiri Pandits.

Ever since the release of the first trailer, the curiosity factor has been on an all-time high with the subject and storyline that it carries.

'Shikara' brings back the untold story of Kashmiri Pandits from the Valley of 1990 and has 40,000 real migrants of Jagti and other camps, which were shot for the film. The movie also has actual footage from the exodus.

Co-produced by Fox Star Studios 'Shikara' is set to hit the theatres on February 7, 2020.