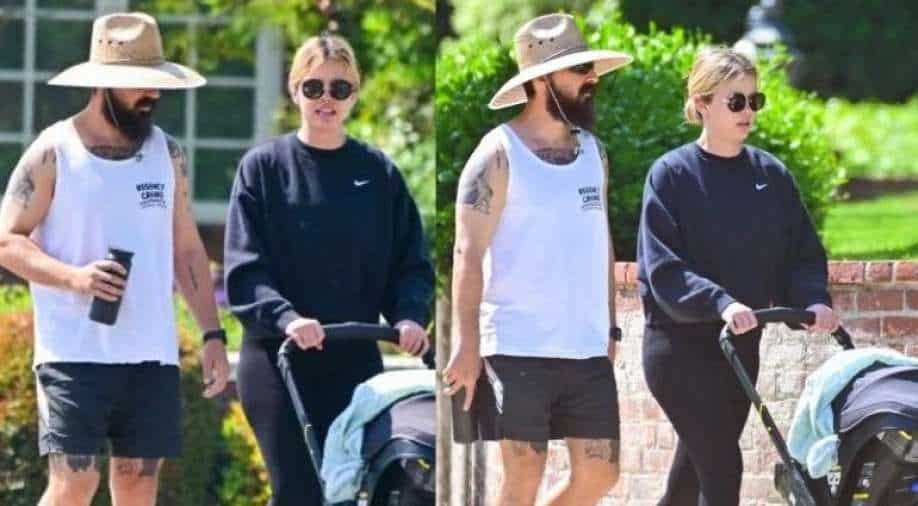 The couple has remained mum on the pregnancy news and the birth date and gender of the baby are unknown at the moment.

Shia LaBeouf and Mia Goth have reportedly welcomed their first child together.

The news comes after the couple was spotted with the stroller when they were out for a walk in Los Angeles.

The picture that is doing rounds on social media shows new parents taking a stroll with their new bundle of joy. In the pictures, Shia is wearing a white tank shirt with black shorts, meanwhile Goth was wearing a black pullover with matching jeggings.

The couple has remained mum on the pregnancy news and the birth date and gender of the baby are unknown at the moment.

The baby is the first child for Goth and LeBeouf, they both have always kept their relationship away from the media glare.

Even, Mia's pregnancy was revealed when she was spotted outside with a baby bump.

The couple are in an on/off relationship for a decade now. They first met on the set of the drama 'Nymphomaniac: Vol. II' in 2012 and got married in 2016. However, their marriage was reportedly annulled a few days after.

Later, the 'Transformers' actor confirmed that he's a married man. But in 2018, they filed for a divorce reportedly, and years later, they again come together in March 2020 and were spotted with wedding rings.