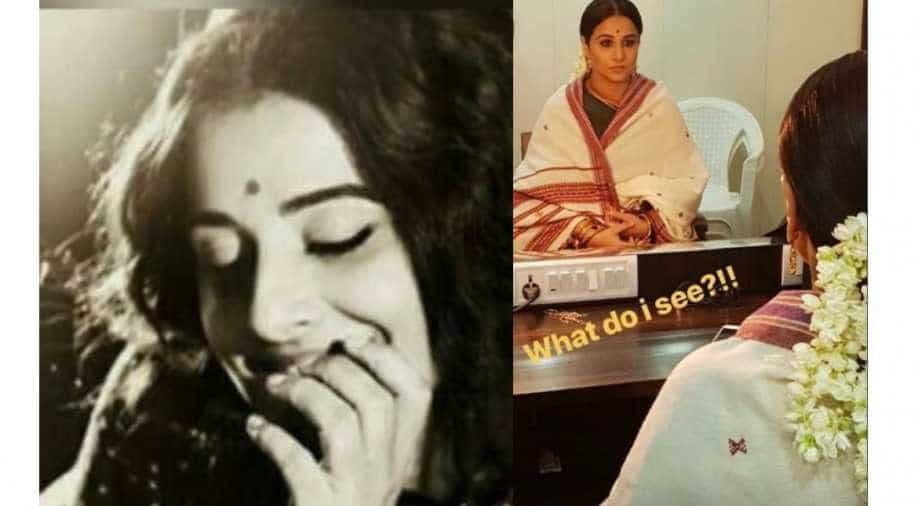 One of the most awaited biopics of late is the NTR biopic that is based on the life of Telugu actor-turned-politician Nandamuri Taraka Rama Rao.

In a fresh update, Vidya Balan’s look in the film is out as she stars as NTR’s wife Basavatarakam. Sitting in front of a mirror dresser, Vidya stares at her own reflection as the shot s captured. She sits straight in a white saree with red borders and white flowers in her hair.

The film came in news earlier as another character’s look was revealed -- the role essayed by Rakul Preet Singh. Rakul will be seen as a young Sridevi in the film.

The film is currently being shot in Andhra Pradesh. It is being directed by Krish, who was earlier working on Kangana Ranaut starrer ‘Manikarnika: The Queen of Jhansi’. He left the film as the dates for that film coincided with the biopic.

The biopic has been titled NTR Kathanayakudu and is all set to release on January 9, 2019. It will be made in Telugu, Tamil and Hindi since NTR was a popular figure across India in films and political circles.