Sanjay Dutt on working with Madhuri Dixit in 'Kalank': I was a little nervous, but she made things easy 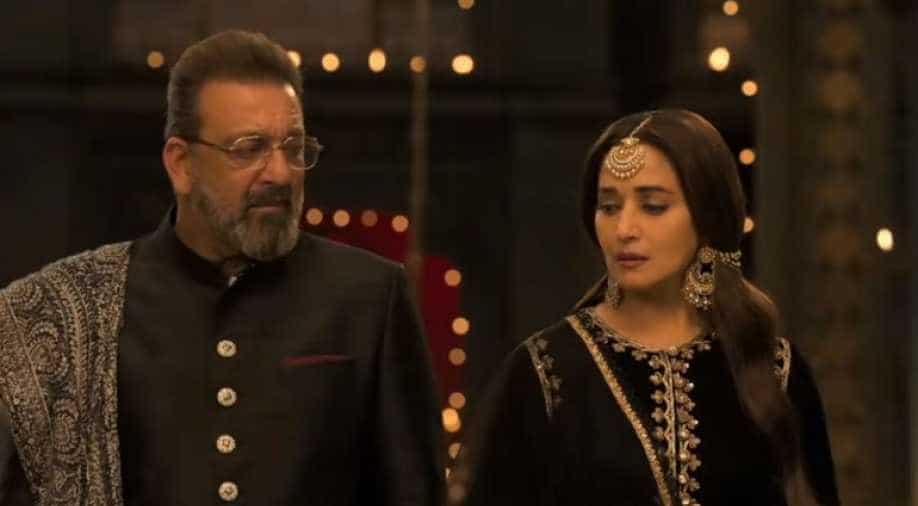 Sanjay Dutt and Madhuri Dixit in a still from 'Kalank'(Image via Youtube/Dharma Productions) Photograph:( Others )

While fans are excited to see this reunion onscreen, Sanjay Dutt admitted that he was nervous initially to share screen space with Madhuri.

Perhaps one of the biggest draws of Abhishek Varman's 'Kalank' is the fact that it reunites '90's popular pair Sanjay Dutt and Madhuri Dixit on screen after 22 years. And while fans are excited to see this reunion onscreen, Sanjay Dutt admitted that he was nervous initially to share screen space with Madhuri.

In an interview to a daily, the actor revealed how the two bonded over their children while working on 'Kalank'. "It was great to work with her again. I was a little nervous, but she made things easy. She's got terrific command as an actor. We spoke about our kids. In fact, I made my children [Shahraan and Iqra] meet her when they dropped by on the sets," the actor said.

Interestingly, when Madhuri was asked if it was awkward to share screen space with Dutt, the actress said, "We have worked together earlier. So there was no re-bonding or awkwardness or anything. I have worked with Anil Kapoor ji (in Total Dhamaal) and Sanjay after a long time and it was great. There is a kind of comfort and I know how the scenes will be, how the action and reaction is going to be."

Madhuri plays Bahaar Begum in the film- a role that was initially offered to Sridevi. After her demise, the role went to Madhuri Dixit.