Sanjay Dutt on working with Madhuri Dixit after 20 years: Felt good, want to work more with her 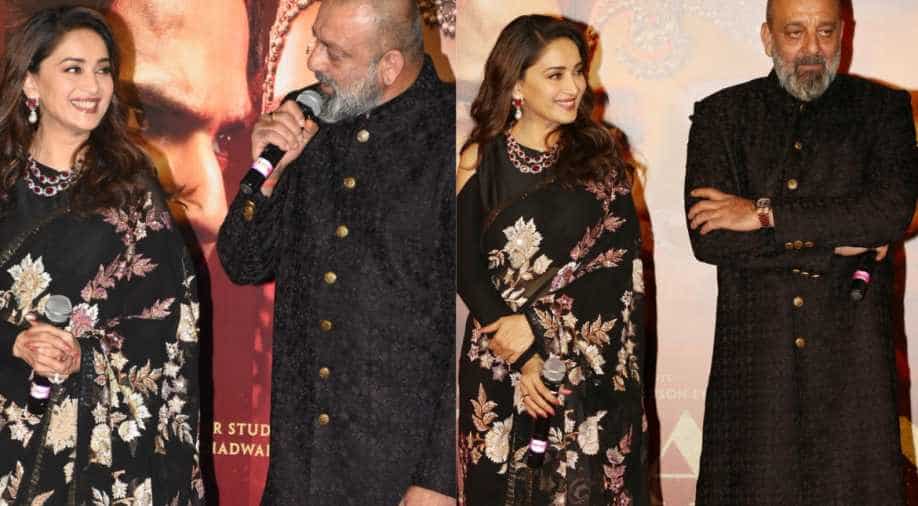 Originally, Sridevi was meant to do the film, before she passed away last February. The role eventually went to Madhuri.

Karan Johar latest production 'Kalank' is special for many reasons. Not only is the film a muilti-starrer but it brings together on-screen pairing of Sanjay Dutt and Madhuri Dixit after over two decades.

As the entire cast came together for the teaser launch event on Tuesday, Dutt mentioned that how he would want to work more with his longtime co-star.
Sanjay and Madhuri were one of the most popular reel-life couples and worked together in several hit films in the '90s such as 'Saajan', 'Khalnayak', 'Thandedar', and 'Ilaaka'.

Asked how it was to team up with Madhuri for the film, Sanjay told reporters, "It felt good to work together after a long time. I'll try to work more with her."
Madhuri said reuniting with former co-stars is always enriching. Also read: 'Kalank' was initially to star Shah Rukh Khan, Ajay Devgn, Kajol and Rani Mukerji?

"We are working after more than 20 years. Recently, I worked with Anil after a long time. It's always wonderful to work with actors you've worked with before. Even here, it was wonderful," she said.

Directed Abhishek Varman, the period-drama is backed by Karan Johar's Dharma Productions and is scheduled to release on April 17.

Originally, Sridevi was meant to do the film, before she passed away last February. The role eventually went to Madhuri.

When asked how it was to take up the role, Madhuri said, "When I was approached to do the role, I had a heavy heart. She was a great artiste and a good human being. When you get a role, you do it your way. But, of course, we used to miss her everyday on set.

"Once you start work, you have to look beyond that and play your character to the best of your abilities."