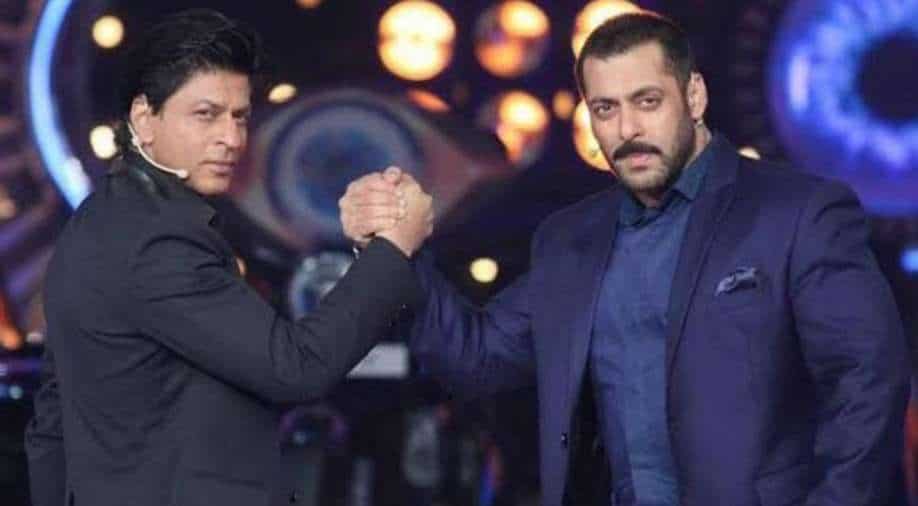 Before 'Pathan', Salman also made a guest appearance in Khan’s last big-screen outing, ' Zero', in 2018.

After days of speculation it's confirmed that Salman Khan is the part of Shar Rukh Khan's upcoming movie, 'Pathan', co-starring Deepika Padukone.

On Saturday, Salman himself confirmed the big news during the 'Bigg Boss' 14, Weekend Ka Vaar episode. During the show, the superstar shared his next work schedule, in which he will be working on after season 14 wraps up.

From 'Radhe' to 'Laal Singh Chaddha': Big festive releases of 2021

In his casual way, the actor said, ''Life goes on and the show goes on. After this show ends, I will move to 'Pathan', 'Tiger 3',  'Kabhi Eid Kabhi Diwali'. And after eight months, the Bigg Boss season 15 will come back.”

In the movie, Salman reportedly has a special role. Shah Rukh started the shooting and will shoot its high-octane action scenes in Dubai. A source close to the film ‘Pathan’ revealed that “the idea is to go one notch above what’s already done so far. Apart from 'Mission Impossible' and 'Fast and Furious' franchise, not many films have been shot inside Burj Khalifa, and 'Pathan' will be among the first few Indian films (probably the first) to have actual visuals of the tower from inside. A big-scale action scene centred around Burj Khalifa is in the offing from the team of Pathan.”

According to some news reports, 'Pathan' will see Shah Rukh Khan in an action avatar. With the movie, Aditya Chopra is expanding his spy universe that includes Salman Khan as Tiger and Hrithik Roshan as Kabir. The movie is being directed by 'War' fame Siddharth Anand,

Before 'Pathan', Salman also made a guest appearance in Khan’s last big-screen outing, 'Zero', in 2018. The duo also starred in a song in the Aanand L Rai film.

Meanwhile, Salman will next be seen on the silver screen in 'Radhe: Your Most Wanted Bhai’. releasing on Eid 2021.