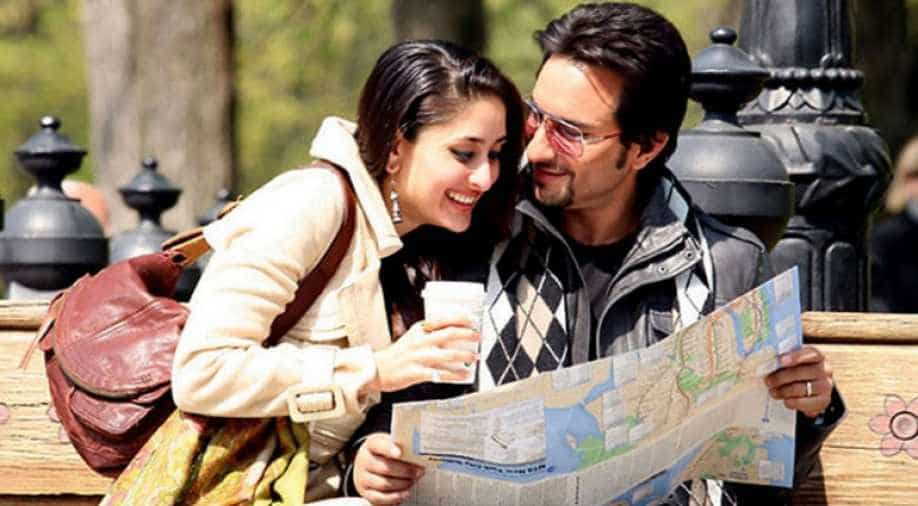 "When I am with Kareena on screen, I end up not performing," admits Saif Ali Khan.

Saif Ali Khan and Kareena Kapoor are one of the most celebrated couples of Bollywood. The star couple has been together for more than a decade and has worked in films like 'Kurbaan', 'Agent Vinod', 'Omkara', 'LOC: Kargil' among others.

While the couple has done films before, post marriage, the two have not shared screen space together. On being asked whether it has been a conscious decision to not work together, Saif said, "I’ve been saying no to working with Bebo in recent years because I’ve always ensured that there’s a clear demarcation between my personal and professional life. Now, however, the lines are blurring. With my father (Mansoor Ali Khan Pataudi) not being around and me being the defacto head of the family, my outlook has changed."

Khan admitted that working with Kareena made him complacent. "When I am with Kareena on screen, I end up not performing. I become deferential and slightly boring in the frame. I don’t compete and give enough energy. I kind of play myself, which is bad. If you know the person too well, there’s a tendency to slip into a certain comfort zone. And comfort is the enemy of cinema. Tension is what you want.”

But the actor also stated that they would work together if a good script comes their way. “Bebo and I will work together in the near future, provided the script does justice to both of us. I’m a good enough actor and I’m improving. So, I might be able to actually perform something interesting with her," added the actor in an interview to DNA.

Khan received critical acclaim for his role in Netflix series 'Sacred Games' earlier this year and will soon be seen in 'Bazaar'. Kareena, meanwhile, was last seen in 'Veere Di Wedding'.