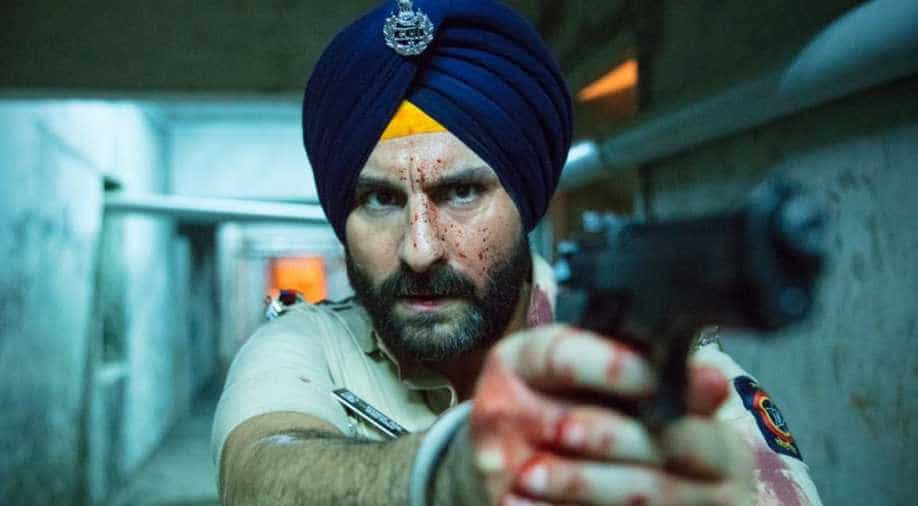 Anurag Kashyap and Vikramaditya Motwane would be directing the second season.

Netflix Inc said it would stick with the team behind Indian hit show 'Sacred Games' for a second season after an independent investigation into allegations of sexual harassment against two individuals involved with the show.

In a statement emailed to Reuters, Netflix said it would continue to work with the show`s lead writer Varun Grover, one of two men called out in a wave of #MeToo allegations in India in recent weeks.

It said it would continue to work with directors Vikramaditya Motwane and Anurag Kashyap, whose production house Phantom Films was behind the Mumbai-set thriller and who have not been mentioned in the allegations.

Netflix announced a second season of 'Sacred Games' in September but ran into trouble earlier this month when Phantom Films disbanded in a cloud of allegations against one of its partners, Vikas Bahl, and Grover.

Both men have denied the allegations.

Bahl was not listed as a producer on the first season.

Netflix gave no details of the outcome of the investigation.

"After an independent investigation, the results helped inform Netflix’s decision to continue with Vikramaditya Motwane and Anurag Kashyap on season 2 of Sacred Games," the company said.

"We continue to collaborate with our production partners to ensure and maintain a safe and respectful working environment."

Kashyap, who directed the first season, said in a statement this month on his Twitter account that he regretted not acting on allegations of sexual misconduct made against his partner and producer Bahl in 2015. Also read: People need to look beyond nudity in that sex scene in 'Sacred Games': Rajshri Deshpande

The streaming giant launched in India two years ago. It has a library of local content comparable to rivals and scored a big hit in July with the release of 'Sacred Games', a hard-boiled thriller built around Saif Ali Khan and Nawazuddin Siddiqui.