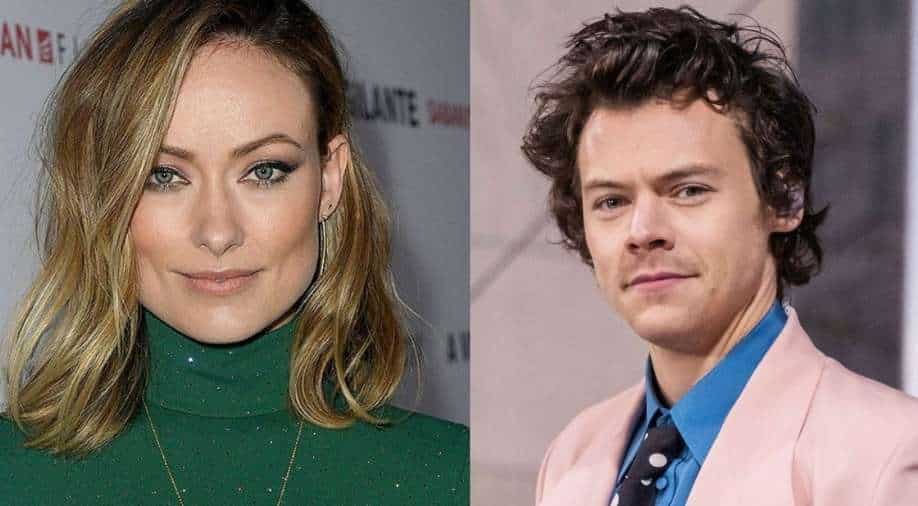 Olivia Wilde and Harry Styles who are working together on the upcoming flick 'Don`t Worry Darling'.

The new rumoured love birds of Hollywood Olivia Wilde and Harry Styles who are working together on the upcoming flick 'Don`t Worry Darling', reportedly turned their closed friendship to romance after they met on the film`s set.

The pair, who have been dating for a "few weeks," PEOPLE reported Monday, are collaborating on 'Don`t Worry Darling', Wilde`s highly-anticipated direction.

"What started out as a close friendship, quickly turned romantic. Everyone saw it coming. During breaks, he`s hasn`t been able to stay away and visited her trailer," according to sources.

The 26-year-old star Styles was seen visiting Wilde during the shoot and was spotted standing just outside the door wearing a mask while Wilde, leaned out to chat with him. Wilde was seen smiling several times as the two remained in costume for the movie, reported PEOPLE.

The pair was also captured holding hands at a friend`s wedding over the weekend by paparazzi.

In an interview with a fashion magazine, Wilde exclaimed her excitement about having the `Dunkirk` singer in the movie. She told, "I did a little victory dance when we heard that we officially had Harry in the film because we knew that he has a real appreciation for fashion and style."

"To me, he`s very modern and I hope that this brand of confidence as a male that Harry has truly devoid of any traces of toxic masculinity is indicative of his generation and therefore the future of the world. I think he is in many ways championing that, spearheading that. It`s pretty powerful and kind of extraordinary to see someone in his position redefining what it can mean to be a man with confidence," Wilde added about Styles.

The 1950s-set film is written by Wilde and Katie Silberman, Wilde`s Booksmart collaborator which stars Florence Pugh as a housewife who unveils a distressing truth while living in an isolated community in a state of US.