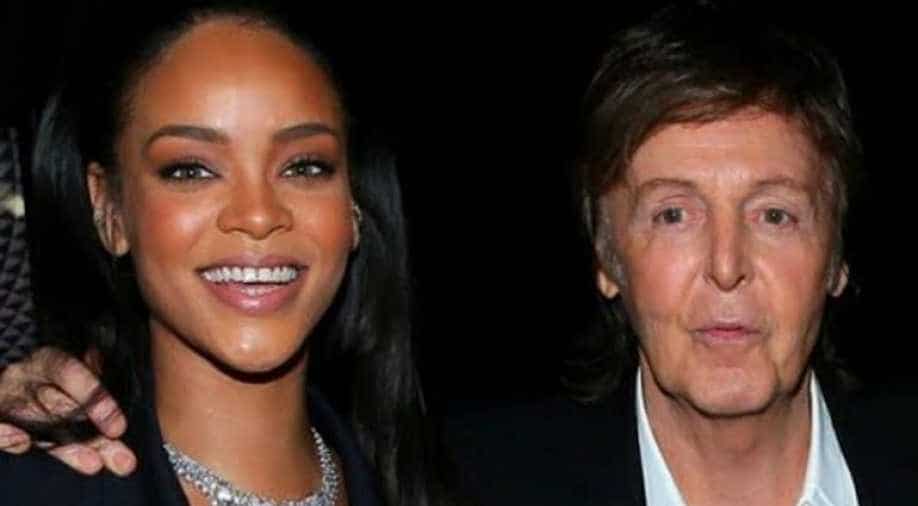 Rihanna also documented them joking and having fun on her Instagram stories, calling it ''RihUnion'' occasion.

Though singers Rihanna and Sir Paul McCartney didn't work together on any album since 2015, but that didn't stop them from having a great time together on a flight from New York City to London.

The 31-year-old crooner and the Beatles member ran into each other on Friday in the first-class section of their international flight, according to a  news agency. Rihanna also documented them joking and having fun on her Instagram stories, calling it " RihUnion" occasion."I'm about to put you on blast, Mr McCartney," she laughed. "How are you on my flight?! Who is this peasant filming this legend?!""Who is this filming me?" joked McCartney.

"Yeah, that's what I mean."The two of them teamed up back in 2015 for their single 'FourFive Seconds' along with Kanye West. They also performed together at the 57th annual Grammy Awards and at the Desert Trip Weekend in 2016.

During his conversation with DIY on how 'FourFiveSeconds' originated, McCartney said, "We ended up just talking a lot. I played a few little things and one of them ended up as 'FourFiveSeconds' with Rihanna". "It`s more a question of me feeling lucky that these people are interested [in working with me] and think that I can bring something to it. For me, I feel great. I like diversity," he added.