Richa Chadha to WION on how it feels to be a harassment survivor, 'losing work to more willing actresses' 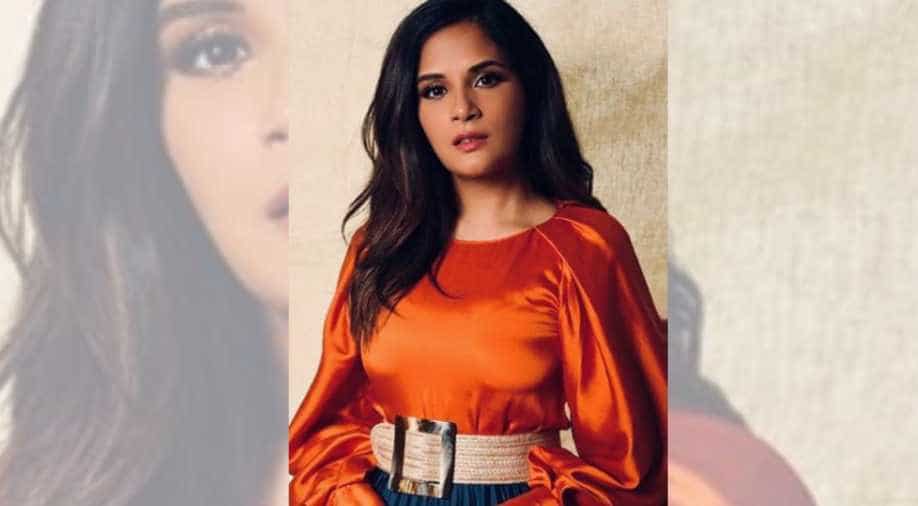 In a candid chat, Richa spoke about her film 'Article 375' being accused of indulging in female bashing, identifying with India’s #MeToo movement, Shakeela biopic and her favourite genre, comedy.

She doesn’t care too much for online trolls, picks films with a challenging narrative as she builds a unique filmography and never ceases to surprise with what she might say in an interview; Richa Chadha is only growing as an actor with every character that she portrays on the screen.

After recently starring in a critically acclaimed film, ‘Article 375’ that deals with an important issue, Richa spoke to WION about her film being accused of indulging in female bashing, identifying with India’s #MeToo movement as a harassment survivor, Shakeela biopic and her favourite genre, comedy.

Richa Chadha was well aware when she signed up for ‘Article 375’ that it is not a “box office film”. “This is not a film that would get a really big opening, we did not decide on promoting it on comedy platforms because of the nature of the subject. That was expected for us. What was unexpected was how well ‘Dream Girl’ and ‘Chhichhore’ both are continuing to do. Good or them,” as she addressed the elephant in the room and spoke about getting rave reviews but not a commercial success for her film.

Not surprised or disappointed by the response to the film, in her own words, she said, “I think a film stays forever so this will stay on people’s minds and memories for a long time. Nobody expected it to have a bumper opening and we became naturally preference number 3 at the box office. ‘Chhichhore’ was already doing good and then ‘Dream Girl’ came.”

But she’s happy with the film becoming an active catalyst for conversation. From people calling it a film that promotes female bashing to some misunderstanding the intent, Richa feels that it has facilitated a dialogue. She elaborated, “A lot of feminists have said that this film promotes a certain kind of narrative. If you see my Twitter timeline, you’ll see that a lot of people are attacking me for playing the character that I have played. Men specifically were saying ‘why would you play this character?’ But since criticism is coming from both men and women, we have succeeded because the whole point of the film was to start a conversation. That has happened and I am quite pleased.”

“The film is such that if it has to take a side then it will only take the side of the law,” she added as an afterthought.

‘Trolls are jobless with a lot of time on their hands’

Using social media to judge whether her film has hit a note with the audience, a platform one can’t ignore these days, Richa seems unfazed by trolls that use the same medium to bring celebs down. She said, “As a citizen, I have the right to speak my mind. I always look at it like that. Everybody is sitting on Twitter and outraging on things. I always tweet when I think that I must raise my voice for it otherwise in a country as large as India and in a world so huge it's not possible to talk about every injustice that happens. Somehow people expect that out of you and start indulging in whataboutery.”

“As for trolls, they are jobless with a lot of time on their hands. They are irrelevant to me. It has no bearing on real life. Twitter started out being a platform where people could voice their opinions, have discussions but in my experience in the 4-5 years of my being active on Twitter, I don't think that’s what it is, or that’s what it remains to be,” she added matter-of-factly.

#MeToo: ‘Names have come forward. Now we need to work on making a structure’

The ‘Fukrey’ actor has been quite vocal about her stand on #MeToo movement that gripped Bollywood last year with many big names from the industry being called out. Speaking on what has changed since it gained momentum to now, Richa reflected that there “needs to be a system to address it” and said, “It's a multi-layered problem, cases need to go through legal channels. People putting accusations on Twitter or giving statements to media, it's a good first step but this needs to be followed up legally. I may not be an authority on the subject but that's my opinion. For longevity, we need a little bit of structure. It had gotten so overdue that this outing had to happen. It happens in every industry. We get highlighted more because we are already in the public domain but having said that we need a structure, a group of lawyers who are ready to help us with pro bono, slapping defamation notices, on media or survivor.”

She added, “We need to differentiate between somebody robbing your house or a person stabbing you; different punishment for different degrees. If someone is making you feel uncomfortable versus how they are looking at you vs someone touching you or a physical assault -- we have to differentiate. There has to be a structure. It's been a year now, the outing has happened and names have come forward. Now we need to work on making a structure, creating a safe space for people to come forward, both men and women so that we can work on the necessary cause corrections needed at the moment. In cases that are 20 years old, it gets difficult. Everything needs to be taken into account.”

Richa believes that there cannot be a “blanket rule” to judge every case. She explained, “Do you know that 498A, Section 375 and Sedition are three cases where anybody can accuse anybody and they will be put in jail according to the new guidelines. In all three the burden of truth will lie on the accused. In my opinion, we have to be responsible as we can't ignore the individual merits of the case just because it’s a narrative that is popular right now.”

The actor also reacted to the news of her being in talks with a #MeToo accused filmmaker as she said, “I have neither confirmed nor denied working with any #MeToo accused. I have actually, in fact, lost work because of my previous associations where I have found out that people have been guilty and this on more counts than one. I don't regret losing that work. It happens to me usually on a monthly basis that I opt out of something that I feel like is problematic. My stand on the movement will never change and nobody will decide for me how I will continue to participate in the movement or work towards women’s rights. I will not be shamed by anyone. If I was afraid in any way, I would not have spoken in the past. I don't want anybody to explain to me how it feels to be a harassment survivor because I have been there. I have lost work to more willing actresses.”

‘My favourite genre is comedy’

Richa is now ready with a couple of releases as she has finished shooting for Shakeela biopic in which she plays the role of Malayalam actress Shakeela for which she had to gain weight. She also has ‘Panga’ with Kangana Ranaut, a film that portrays women in Kabaddi. “I learned something new. I got to play a new sport,” she said, talking about it. Her hit TV show 'Inside Edge' is also returning for a second season so there's lots on her plate this year.

As we came towards the end of our conversation, the ‘Section 375’ actress said that we can expect us to see her in a different role the next time she comes on the camera. “I enjoy playing characters that are different as is clear in my filmography. I am not sure that I’ll do another biopic for a while, maybe a drama or comedy because it's been enough for now. My favourite genre is comedy. I enjoy doing it and it doesn't take a toll on me. I can be happy and easy ongoing. I love being around comics,” said Richa as she signed off.

Watch: Britney Spears shares video of the exact moment she broke her foot