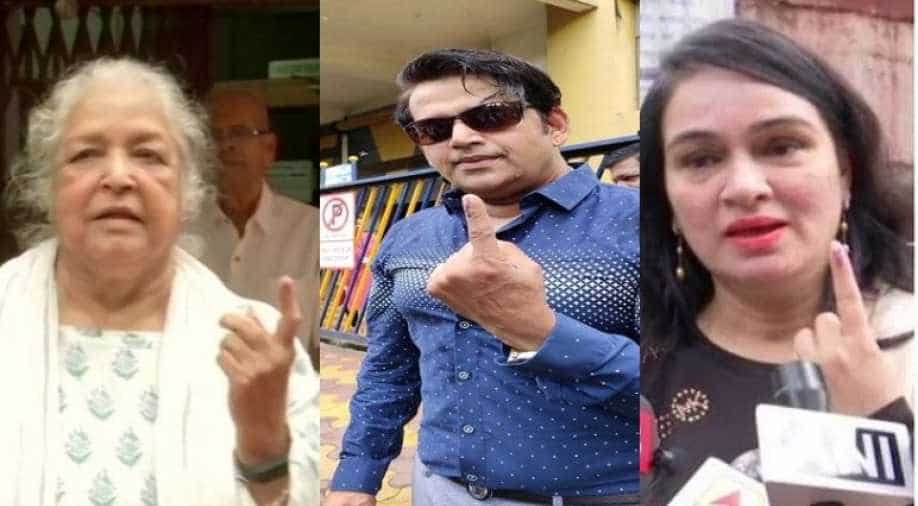 Elections began on 288 constituencies of Maharashtra at 7 am today and will continue till 6 pm. Counting of votes will be held on October 24.

As voting began for 288 assembly constituencies in Maharashtra on Monday amidst heightened security, Bollywood celebrities including Ravi Kishan, Padmini Kolhapure and Subha Khote were among the early voters in Mumbai.

Ravi Kishan arrived at the Mumbai's Goregaon & Andheri (West) constituency to cast his vote. The actor-turner-politician also urged people to exercise their franchise in order to make India a superpower.

"It's my and everyone's right to vote as this is the only way to give power to the government in order to grow our country as a superpower," the BJP lawmaker told ANI.

Elections began on 288 constituencies of Maharashtra at 7 am today and will continue till 6 pm. Counting of votes will be held on October 24. In Mumbai, 9,894 polling stations have been set up at 1,537 locations. 36 out of 288 seats come in the city of Mumbai where 334 candidates are in the fray.

The city has 97.72 lakh registered voters. Overall in the 288-member Assembly, BJP is contesting on 164 seats, which includes candidates of smaller allies contesting on its lotus symbol, while its key ally Shiv Sena has fielded 126 candidates. On the other hand, Congress has its candidates in 147 constituencies and NCP will contest 121 seats.