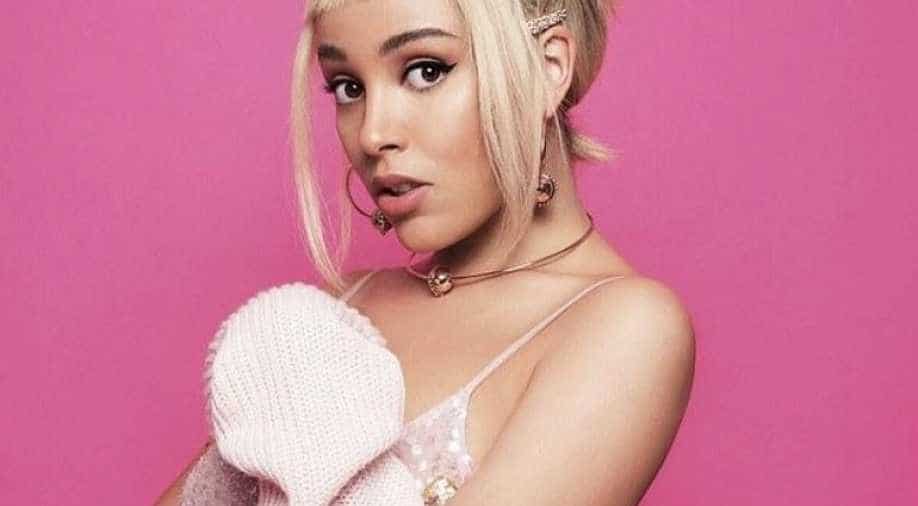 In a new interview, singer-songwriter Doja Cat revealed that she had recently tested positive for COVID-19 after previously making light of the pandemic on social media.

According to a news agency, though she feels better now, Doja told Capital XTRA that she had symptoms that lasted for a few days - and blamed the food delivery app Postmates for contracting the virus.Doja, whose real name is Amalaratna Zandile Dlamini, said, "I got COVID. Honestly, I don't know how this happens, but I guess I ordered something off of Postmates and I don't know how I got it, but I got it.I`m okay now. It was a four-day symptom freakout, but I'm fine now."

She downplayed the severity of coronavirus on Instagram Live in March by comparing it to the flu and refusing to take the proper precautions.The 24-year-old rapper said to her followers, "I`m gonna get corona and then I'm gonna get a Corona, cause I don`t give a f*** about corona, bitch.It`s a flu! Y'all are p***ies. You just take some Mucinex and drink water and tea and sleep -- that's all you gotta do."

Doja has courted plenty of controversies lately. In May, videos began to circulate of her participating in a known white supremacist chat room on Tinychat and using racial slurs.

Doja was also criticised for using homophobic language on Twitter in 2018 and then defending her decision to do so.Meanwhile, a remix of Doja`s song `Say So` featuring Nicki Minaj topped the charts in mid-May.