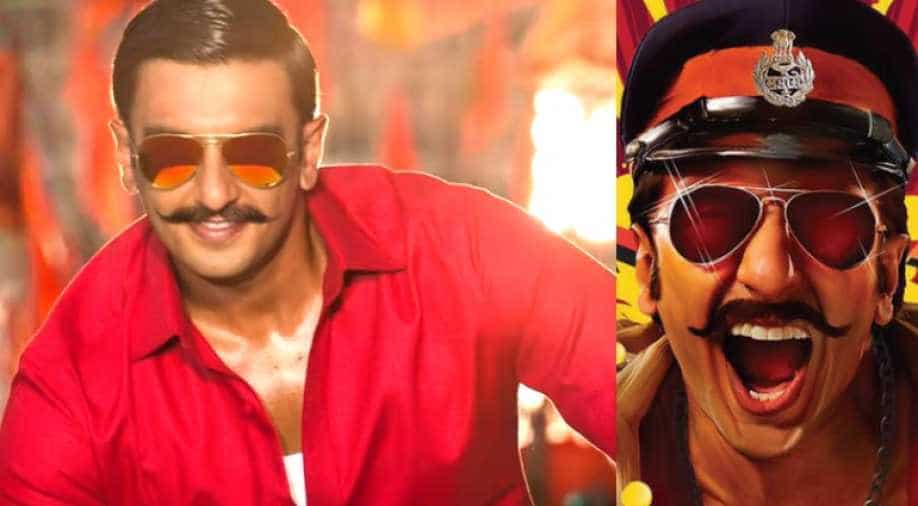 Ranveer Singh in a still from 'Simmba' and the official poster of the film. Photograph:( Twitter )

The film had earlier crossed the Rs 100 crore mark within 5 days of its release.

We all saw this coming. Ranveer Singh and Sara Ali Khan-starrer `Simmba` is roaring at the box office with the film now entering the 200 crore club. The film had earned Rs 100 crore within five days of its release and has been going strong ever since.

Filmmaker Karan Johar, who has produced the film under his banner Dharma Productions, took to social media to celebrate the moment. He tweeted, "Crossing the 200 crore mark!!!!!!! #SIMMBA ruling the box office!!!!!"

Directed by Rohit Shetty, 'Simmba' is Sara`s second Bollywood movie after her debut with Abhishek Kapoor`s `Kedarnath` in December. Incidentally, with the success of 'Simmba', Rohit Shetty has become the most successful directors in Bollywood with 8 back-to-back Rs 100 crore films.

Apart from Ranveer and Sara, the movie`s cast also includes Sonu Sood - who portrays the role of the antagonist in the action film - and Ajay Devgn - who has a cameo. The film is a remake of the 2015 Telugu blockbuster `Temper` starring N.T. Rama Rao Jr.