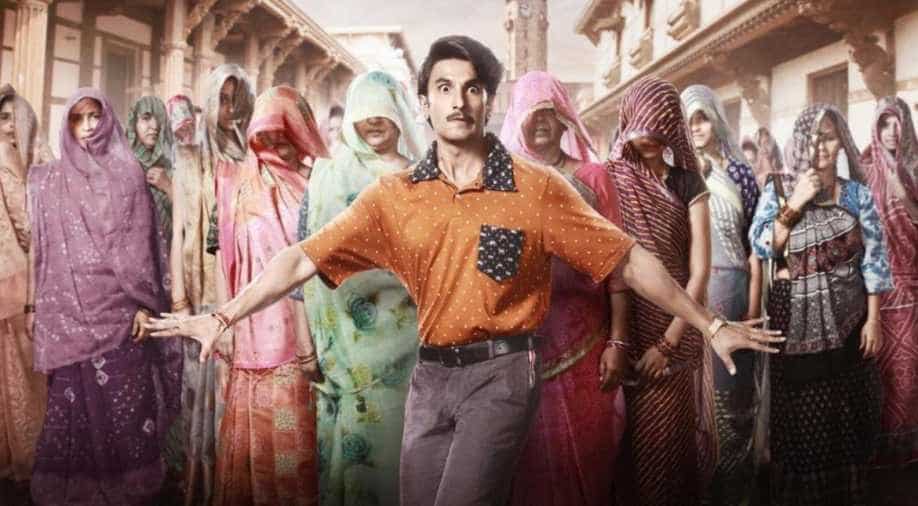 Helmed by debutant writer-director Divyang, the movie is a humorous entertainer set in Gujarat.

Ranveer Singh wrapped up shooting for his much-anticipated comedy-drama 'Jayeshbhai Jordaar' on Friday.

The producer of the flick Maneesh Sharma confirmed the completion of the shoot and said, "We have finished shooting Jayeshbhai Jordaar and we can't wait to show this special film to the people of our country. He has delivered his career-best performance with Jayeshbhai Jordaar."

Maneesh also talked about Shalini Pandey who is making her Bollywood debut from the flick and said, "Shalini Pandey has given her heart and soul to the film and she has added beautiful textures to her character that will touch people's hearts. It's a fitting Bollywood debut for this talented actor to watch out for."

Sharing about the star cast of the flick, Maneesh further added that, '' the entire cast has over-delivered and taken the film to a whole new level. Boman Irani, Ratna Pathak Shah, all the character actors in the film have given their all and we hope to give audiences the perfect entertainer that they would want to see in theatres."

Helmed by debutant writer-director Divyang, the movie is a humorous entertainer set in Gujarat. Ranveer will be seen essaying the role of a Gujarati man.

Ranveer as Jayeshbhai is the hero who will be seen championing the cause of women empowerment in the most entertaining way of story-telling.