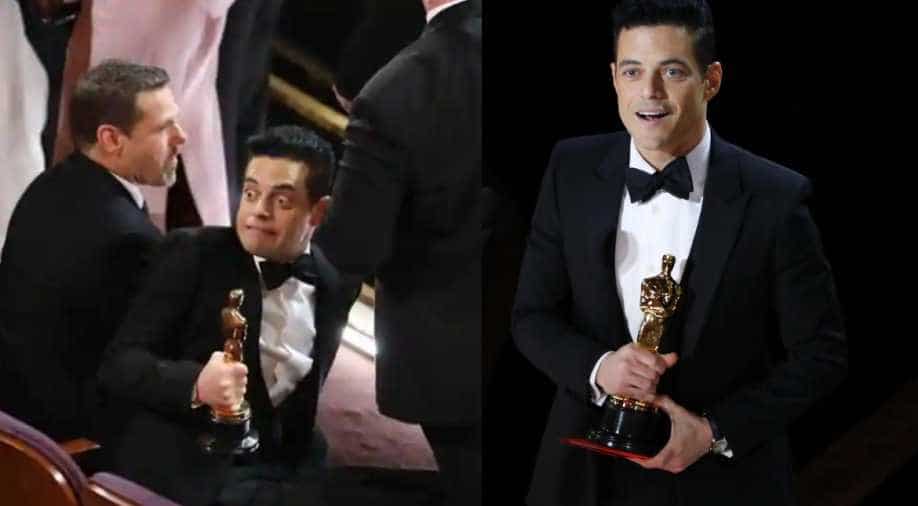 Rami became the first Arab-American actor to win an Oscar for Best Performance in a leading role last night.

It was an eventful night for Oscar-winning star Rami Malek who took home his first Best Actor award from the Academy for his role of Freddie Mercury in ‘Bohemian Rhapsody’.

While this could have easily been the highlight of his evening, Rami had a slip on his way back to his seat. As he got off the stage after receiving the award, Rami slipped up on the stairs and had to get paramedics to work on him.  See full list of winners.

Meanwhile, Rami became the first Arab-American actor to win an Oscar for Best Performance in a leading role. The only guy ever to be nominated for the award was ‘Lawrence of Arabia’ star Omar Sharif. As he received the award, he said, “I may not have been the obvious choice, but I guess it worked out. The fact that I’m celebrating him and this story with you tonight is proof that we’re longing for stories like this.”

Others in the race for the award were Christian Bale, Bradley Cooper, Viggo Mortensen and William Dafoe.

During his acceptance speech, the actor went on to add, “I am the son of immigrants from Egypt, a first-generation American. And part of my story is being written right now. And I could not be more grateful to each and every one of you, and everyone who believed in me for this moment. It’s something I will treasure for the rest of my life.”