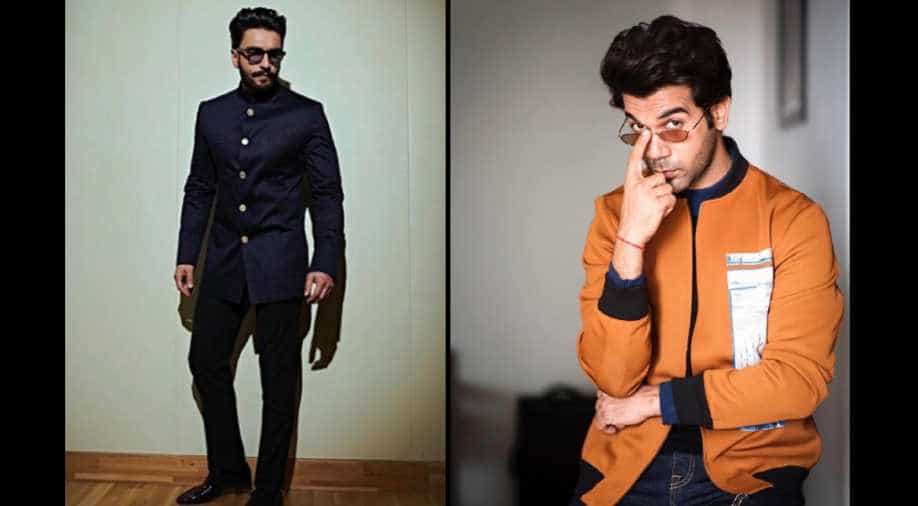 It does not come as a surprise as the two were also seen bonding at actor’s roundtable that happened sometime last month.

Yes, you read that right!

After doing a film that took a fresh new take on same-sex relationships as actress Sonam Kapoor and Regina Cassandra are shown as two girls in love in ‘Ek Ladki Ko Dekha To Aisa Laga’, Rajkummar Rao who was also a part of the film, now wants some action on his part too.

In a media interaction, when Rao was asked if he would like to a gay character in a film, whom he would like as a partner, he responded that it would be none other than Ranveer Singh as he mentions that Singh is a good friend and he is impressed with Singh's career graph.

It does not come as a surprise as the two were also seen bonding at actor’s roundtable that happened sometime last month.

In an earlier conversation with PTI, when he was asked about being compared to Ranbir Kapoor and Ranveer Singh, he said, "I take it as a compliment. I'm a huge fan of both Ranbir and Ranveer, they are doing tremendously good. I'm looking forward to 'Gully Boy' and 'Brahmastra'. I never see competition in any art form, especially acting as you are dealing with emotions. I can't say I cry better than the other actor. You just have to grow with every film as an actor and let people decide what they want to say. I just want to grow and push myself with every film."