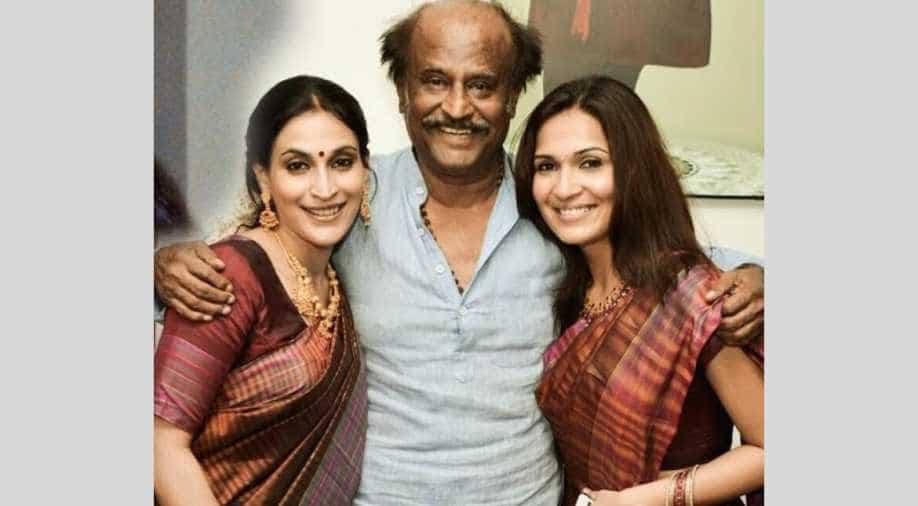 As for films, Rajinikanth will be seen in 'Darbar' that is up for release on January 15, 2020.

Among the many wishes that flooded on the superstar's timeline, one that stands out is by his daughters, Aishwarya and Soundarya. While the younger daughter Soundarya shared an album of special moments featuring her father, Aishwarya shared one single photo of theirs.

Meanwhile, Soundarya wrote, "Happy birthday, my life, my father... my everything!"

Happy birthday my life ❤️❤️❤️ my father... My everything!!

A post shared by Soundarya Rajinikanth (@soundaryaarajinikant) on Dec 11, 2019 at 1:00pm PST

Actor Dhanush, who is married to Aishwarya, shared this birthday message for the superstar. He wrote, "Happy birthday #thalaiva"

Rajinikanth has maintained a stronghold over his fans. His films continue to be as relevant and successful as when he first started. Rajinikanth also entered politics and he is expected to launch his political party ahead of the 2021 assembly elections. There are rumours that we might hear some news on that front today as it is his birthday.

As for films, Rajinikanth will be seen in 'Darbar' that is up for release on January 15, 2020. 'Darbar' will release in Tamil, Telugu and Hindi.