Priyanka Chopra slams media report calling her 'wife of Nick Jonas': 'Should I add my IMDb link to my bio?' 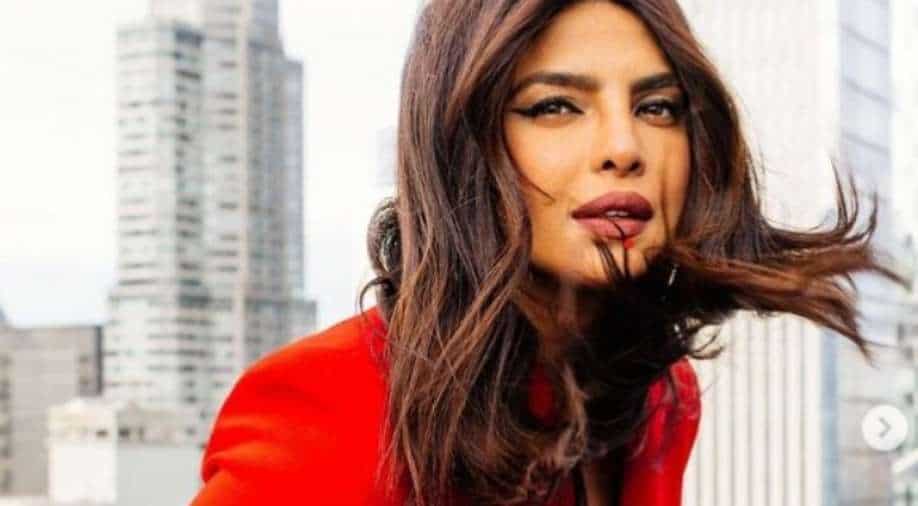 Priyanka Chopra is all set to make her debut in the iconic Matrix franchise and will be seen playing the grown-up avatar of Sati.

After wrapping up her thriller series 'Citadel' in London, Priyanka Chopra is now busy promoting her upcoming and most awaited movie of the year 'The Matrix Resurrections'. Amid all this, Chopra, who has worked really hard over the years and has many titles of a successful actor, author, a producer and many others, lost her cool when she was addressed in the media as 'wife of Nick Jonas'. Revealed! Priyanka Chopra is Sati in 'Matrix 4', Korean poster of the film confirms

Priyanka Chopra recently called out a media report referring to her as "wife of Nick Jonas" as she took to her Instagram stories and criticised the outlet for introducing her as Nick's wife, ignoring all her other work achievements.

'The White Tiger' actress shared a screengrab of her recent interview and expressed her displeasure at the article. 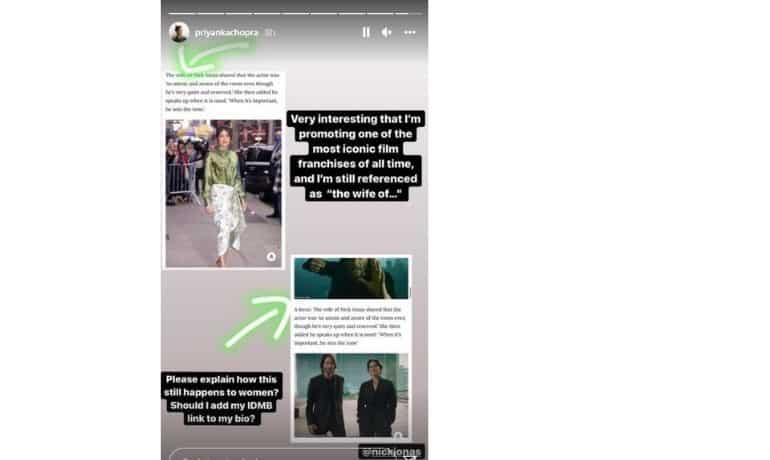 Along with the screenshots, the actress wrote, "Very interesting that I’m promoting one of the most iconic film franchises of all time, and I’m still referenced as ‘the wife of…’"

Priyanka added, “Please explain how this still happens to women? Should I add my IDMB link to my bio?.” Chopra even tagged her husband, singer Nick Jonas in her post.

Meanwhile, Priyanka Chopra is all set to make her debut in the iconic Matrix franchise and will be seen playing the grown-up avatar of Sati--who has been a prominent character in this trilogy--who sends franchise patriarch Keanu Reeves' Neo into the rabbit hole.