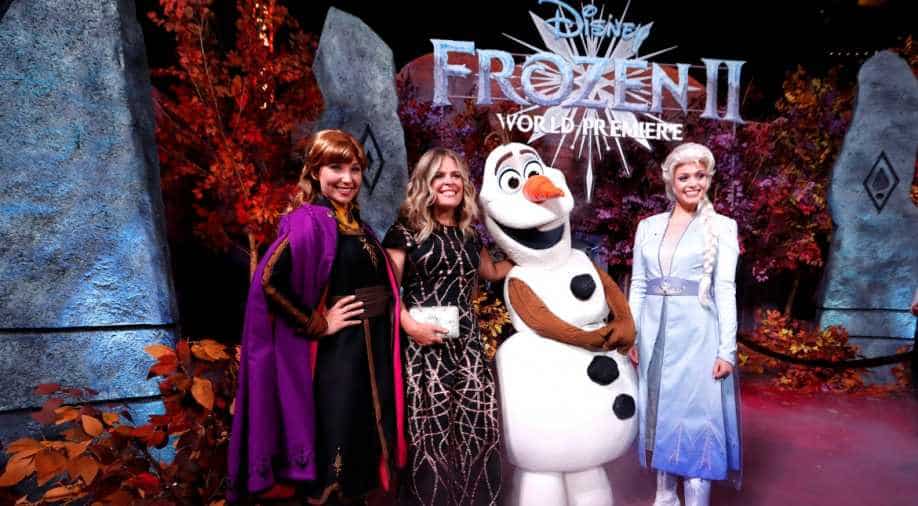 'Frozen 2,' which debuts in theatres on Friday, sees the sisters embark on an "epic, dangerous adventure" into an enchanted forest, said star Kristen Bell, who voices younger sister Anna.

In the sequel to Walt Disney Co's 2013 hit animated musical 'Frozen,' sisters Anna and Elsa find themselves drawn far outside their icy kingdom of Arendelle.

'Frozen 2,' which debuts in theatres on Friday, sees the sisters embark on an "epic, dangerous adventure" into an enchanted forest, said star Kristen Bell, who voices younger sister Anna. Along the way, the pair discover new information about their family "that doesn't sit well," Bell said. She also said that the film is all about self-love and sibling power.

The journey begins when Queen Elsa, voiced by Idina Menzel, hears someone calling her and feels pulled into the forest in search of answers about her past.

"The first film looked at love versus fear in dealing with being different," said writer and co-director Jennifer Lee. "This looks at the power of love over fear as you navigate through change, and I think the message of perseverance is at the core of it."

'Frozen 2' features seven new songs that the filmmakers hope will captivate viewers much like the anthem 'Let It Go' from the original movie.

One of the new songs sung by Menzel, called "Into the Unknown," signifies the "danger and risk which is what is calling to Elsa," said Robert Lopez, who co-wrote the songs with his wife, Kristen Anderson-Lopez.

"She needs to find her purpose," Lopez said of Elsa. "She needs to take this dangerous journey to get there, and it's going to threaten everything. She has to do it for her kingdom and for herself."