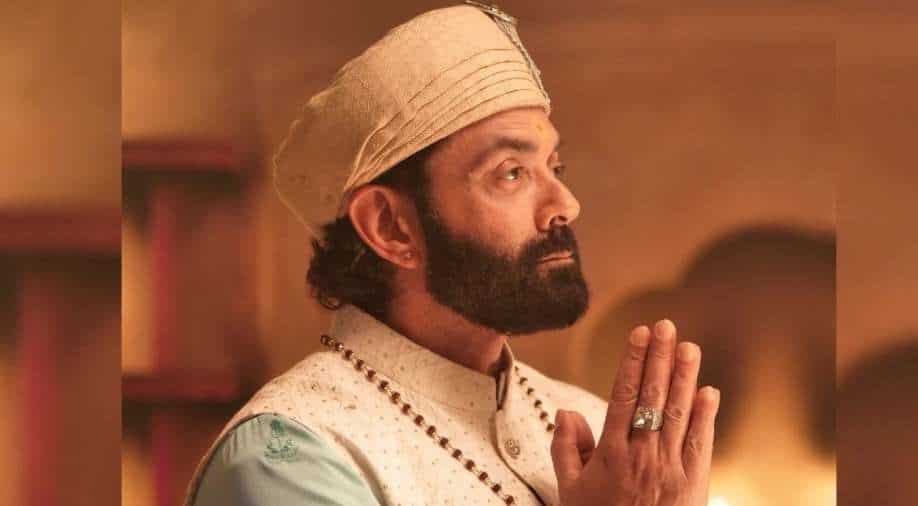 According to reports, Bajrang Dal activists had, on Sunday evening, vandalised the set of the third season of web series 'Ashram'.

On Sunday, the sets of Prakash Jha directed series 'Ashram' was vandalised by members of a political group. The series stars Bollywood actor Bobby Deol in the lead.

According to reports, Bajrang Dal activists had, on Sunday evening, vandalised the set of the third season of web series 'Ashram' and also threw ink on Jha, accusing him of portraying Hindus in a bad light, following which four people were arrested for the ruckus. The incident took place in Bhopal, a city in Madhya Pradesh.

A day later, a Madhya Pradesh minister on Monday said producers and directors will have to inform the authorities about objectionable content or scenes in their stories before seeking permission for shooting in the state.

"We are going to issue a permanent guideline following the dispute over the shooting of Ashram-3. Now, (the producer-director) will need to show the script of the story to the administration before seeking permission, if they are going to shoot objectionable scenes which hurt the sentiments of any religion," MP Home Minister Narottam Mishra told reporters on Monday.

He said the state government welcomes filmmakers to shoot their projects here but they should inform authorities about objectionable scenes before seeking permission, and those who have objections to a script or scene must complain to the administration.

Replying to a query, Mishra further said he supports the Bajrang Dal's demand to change the name of the web series from Ashram.

"I also support this. Why is the web series named Ashram? They will understand (the consequences) if they name it (web series or stories) after others' (religion)? We consider the ransacking as wrong. Four persons were arrested and further legal steps will be taken. But, Jha saheb (Prakash Jha), think about your mistakes too," Mishra said.
Later, Mishra tweeted, "In the name of the web series, an attempt is being made to deliberately target Hinduism for a long time. Considering the spirit of the majority society, Prakash Jha should consider changing the name of his web series Ashram."

Meanwhile, Bhopal South Superintendent of Police (SP) Sai Krishna Thota said Bajrang Dal activists raised objections and staged a protest over the name of the web series when its shooting was underway at Old Jail Premises located in Arera Hills.

The protesters threw ink on Prakash Jha, pelted stones due to which the windscreens of two buses were damaged and one person was injured, the SP said.