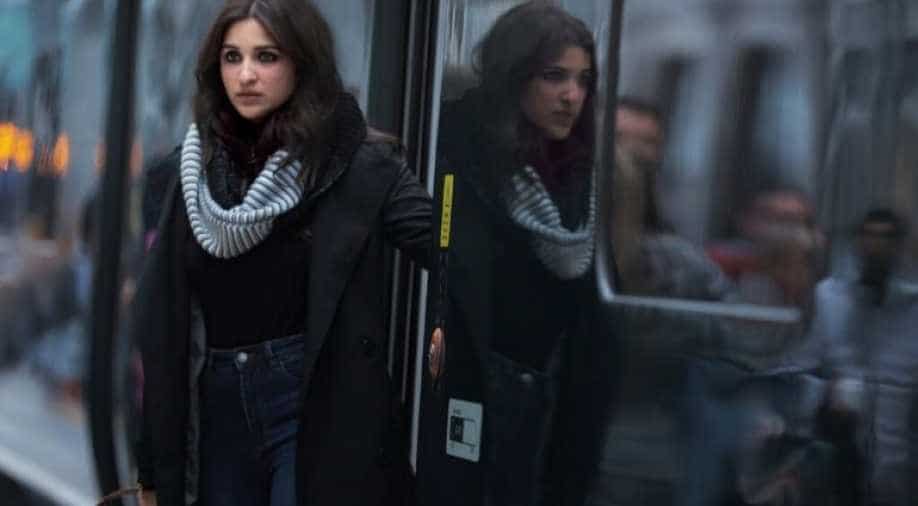 Parineeti Chopra's new look from 'The Girl on the Train' Photograph:( Twitter )

The Ribhu Dasgupta directorial also stars Aditi Rao Hydari, Kirti Kulhari, and Avinash Tiwary, the movie will hit the theatres on May 8.

Parineeti Chopra's next outing the Hindi adaptation of 'The Girl on the Train' will open in theatres next year on May 8. The Ribhu Dasgupta directorial also stars Aditi Rao Hydari, Kirti Kulhari and Avinash Tiwary.

It is being bankrolled by Reliance Entertainment. The news was shared on Friday by film critic Taran Adarsh on Twitter. Parineeti's upcoming feature is based on author Paula Hawkins 2015 bestseller 'The Girl on the Train' which was then adapted into a Hollywood film by director Steven Spielberg's DreamWorks Pictures.

Earlier in September, the actor announced a wrap on the film for which she was shooting in London. As she bade adieu to the city, the 30-year old confessed that the film is going to stay with her even after the completion of the shoot.

"A character that will live inside me permanently. I miss her. I miss playing her. I feel like I've grown up. I feel so much. But most of all, I feel grateful. Life-changing, in an understatement," she wrote for her character.

Parineeti is currently filming for the Saina Nehwal biopic where she will be seen in the shoes of the ace shuttler. To attain perfection for her role, the actress also moved to Ramsheth Thakur International Sports Complex in Mumbai where she stayed for about a fortnight to shoot and practice the game simultaneously.