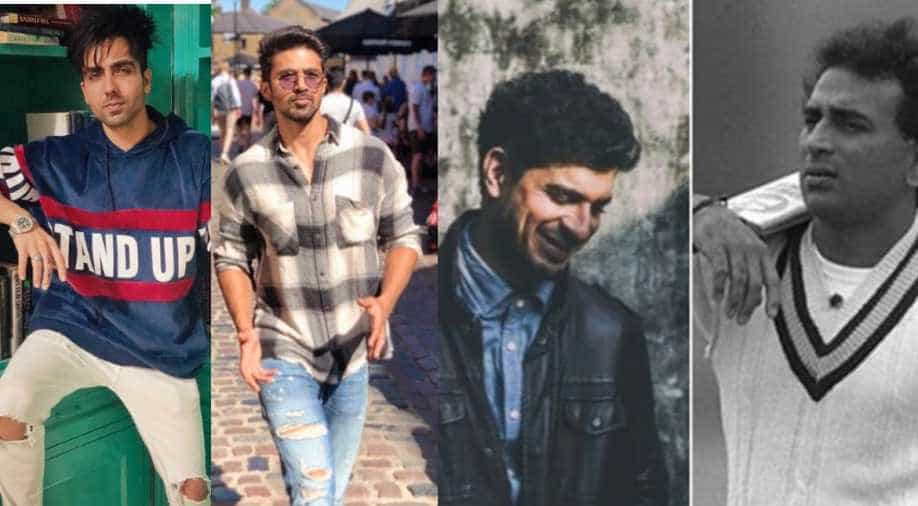 While we are all very excited to see Ranveer Singh essay the role of legendary cricketer Kapil Dev who led the Indian team to victory in World Cup 1983, we have information on the other actors who will play the role of other team members.

Among the first few confirmed for the other parts, Saqib Saleem and Harrdy Sandhu will be seen sharing the screen space with Ranveer Singh and others in the film. While Sandhu will take the role of former cricketer Madan Lal, Saleem will essay the role of all-rounder Mohinder Amarnath.

Sandhu is a popular Punjabi singer who is famous for songs like ‘Soch’, ‘Backbone’, and others. Saqib, on the other hand, featured last in ‘Race 3’ with Salman Khan and others.

Ammy Virk will be seen in the film as fast-bowler Balvinder Singh Sandhu, and popular YouTuber Sahil Khattar will be seen playing Syed Kirmani. Also, south actor Chirag Patil has been roped in to play the role of his own father Sandeep Patil.

Most recently, Tahir Bhasin has been confirmed to play Sunil Gavaskar.

Update :- @pankajtripathi__ in @83thefilm 🏏 Pankaj Tripathi As" Man Singh " Manager of 1983 World Cup 🏆 This Gonna be HUGE BLOCKBUSTER 💯 Too much Talent in One Frame 😎 @ranveersingh #ranveerbaba #83 #talent #king

Directed by Kabir Khan, 83’ is one of the most-awaited films in the recent. The film will be shot at real locations including the Lords’ where Kapil Dev and the team lifted the Cup in the year 1983. The sports drama will chronicle India's win under Kapil's captainship when the Men in Blue defeated West Indies in the final to clinch their first-ever World Cup trophy in 1983.